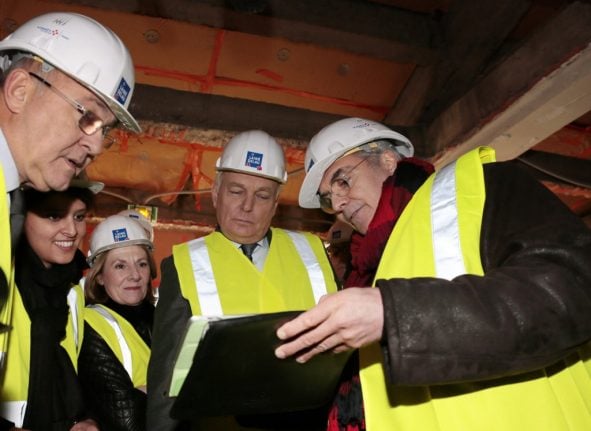 The 35-hour week is the official length of the working week in France and it gives France one of the shortest working weeks in Europe.

Introduced 19 years ago by Socialist Prime Minister Lionel Jospin, it was intended as an economic measure to cut unemployment but has unsurprisingly become highly popular with workers who say it is a key factor in the healthy work:life balance that many French people enjoy. But despite the shorter working week, France regularly comes out well in international productivity comparisons – proving that when the French are at work, they're working hard.

There is also the fact that exceptions to the 35-hour week for certain kinds of workers mean that many people in France work longer hours than you might think.

In the UK the standard working week is 40 hours, while people cannot (for the moment) work more than 48 hours unless they opt out of the European Working Time Directive. The USA is famed for its tough working culture and in 2014 a Gallup poll found that the average full time worker worked a whopping 47 hours per week.

But despite the difference in hours, since 1970, France has consistently been at or near the top of productivity comparisons with other EU and OECD countries.

And the most recent data analysis is no exception to this, the Conseil Nationale de Productivié report into productivity and competitiveness of France within the Eurozone again gives the country a healthy score.

The report says: “France is a country with a high level of productivity, which is similar to that of Germany. However, both productivity measures have slowed down in France and in the OECD since the late 1990s;”

The report, which all EU countries produce, goes on to issue a stark warning for French people who might be tempted to rest on their laurels in terms of the country's productivity.

The authors warn of a serious skills gap in France, with people already in the workplace not developing their skills and schools not equipping pupils with the skills they will need for employment.

The report states: “The skills of the French workforce are below the OECD average and that there is hardly any sign of improvement.

“This is particularly problematic given the growing requirements related to technological change.”

Among the problems identified was a skills mismatch between the skills that people have and the ones they need to drive greater productivity.

The report says that there is a huge gap in skills between school leavers, with the high performers being well above the European average but poor performers (who are overwhelmingly from less affluent families) having significantly worse performance than the EU and OECD averages.

The authors are also concerned about low innovation levels within companies and warn that, while France does have companies that are at the cutting edge of new technologies and innovation, many other companies are lagging far behind.

France has also been slower than many other countries to embrace the productivity benefits of ICT and technology advances. A strong union movement has secured many protections for French workers. Photo: AFP

The French employment laws are famously worker friendly and give a high level of protection to employees, but the report's authors say they cannot judge whether that is overall a bad thing which hinders innovation from companies or a good thing that fosters high levels of employee loyalty and productivity.

The culture at French workplaces has recently been under some scrutiny during the case of former France Telecoms bosses who were prosecuted after a wave of suicides from their staff.

It came as the company was moving from being state-owned to partially privatised as Orange France and when French companies as a whole were under pressure to become more competitive.

The Local spoke to Hugues Poissonnier, an academic at the Grenoble School of Management, who said that the culture at France Telecom changed “too quickly, impacting employees more”.

“It is an extreme example and it is difficult to talk about 'French workplace culture' as one thing,” he said. “You see different cultures in different kinds of companies.”
However, Poissonnier believes that French workplace culture is being slowly eroded, giving the gradual disappearance of the famous two-hour lunch break as an example.
“This was a tradition very specific to France but over time emphasis has been placed on what managers believe to be more productive which is working more rather than valuing the bonds that are created between colleagues when they eat and spend time together away from their desks.
“Long lunches are now seen as a waste of time but they have many benefits, including energising workers half way through the day.”
This is one of the reasons the younger generation are less engaged with their work life, he said, along with a decrease in loyalty from employers towards their staff.