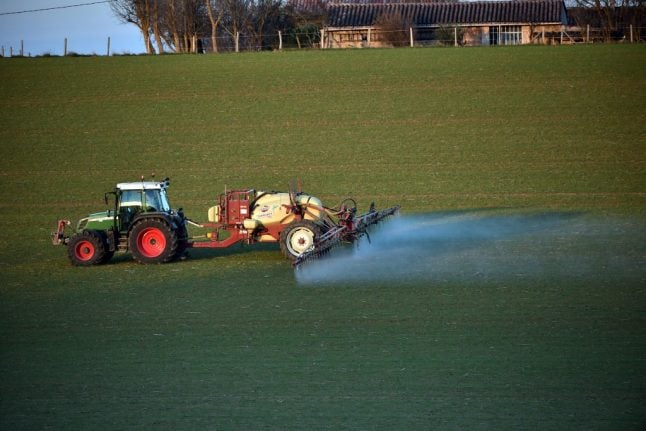 The five mayors from northern France, who have formed themselves into a collective, had brought in stricter controls on pesticides in their areas.

They decreed that farmers must advise the local community 48 hours in advance of any spraying with certain types of pesticide and banned it altogether within 100 metres of schools, nurseries or crèches. France already outlaws the use of pesticides within a range of five to 50m from schools, depending on the type of treatment, but the mayors of the communes of Trélon, Anor, Moustier-en-Fagne, Wignehies and Ohain decided to implement extra restrictions.

However they have now found themselves in hot water with the regional authority, the sous-prefecture for Avesnes-sur-Helpe in north east France, close to the Belgian border.

“A mayor cannot decide to limit or ban the use of pesticides in his municipality. The authority that has the competence to do so is the prefect,” said sous-prefecture spokesman Alexander Grimaud told French newspaper La Voix du Nord.

The mayors were given two months to rescind their decree, but have refused so now face being hauled before the local administrative court.

The use of pesticides in agriculture is rapidly becoming a highly controversial issue in France, in part due to the ongoing medical mystery of the babies born without arms in rural areas.

A major investigation is ongoing into the abnormally high rates of babies born in France with either missing or deformed arms.

Although the cause is currently a mystery, the one thing that all recorded cases so far have in common is that the families were all living in rural areas.

Many believe that pesticides are the cause and there have also been cases of clusters of cancers in rural areas.

Over 64 per cent of French fruit and 34 per cent of vegetables contain pesticide traces – 6 per cent of them above the maximum authorised limit – and various government drives to reduce the use of pesticides have either failed or had their deadlines extended.

Sales of the weedkiller Glysophate – which has been linked to cancer – were banned in France on January 1 this year, but farmers will be allowed to use it for another five years.

The move followed widespread pesticide protests across France, as people called for tougher restrictions in the use of pesticides by French farmers.