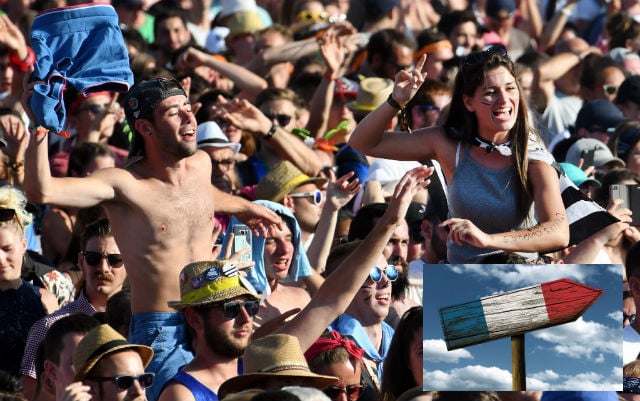 French President Emmanuel Macron is on an official state visit to Serbia.

An exhibition called “There were two young men, April 1971”, exploring the work of creative art duo Gilbert & George will open at the Louis Vuitton Foundation on Monday. French MPs will have a final vote on the restoration project for Notre-Dame Cathedral after the monument was hit by a devastating blaze back in April.

In May, French Senators stipulated that the monument must be restored exactly how it was before the fire.

On Tuesday, the French senate will vote on the government's healthcare bill. Here's a look at the main reforms.

The festival will run until July 20th.

Paris Open Air Cinema: July 17th – August 18th
Summer means you can do what you do indoors… outdoors! Take a walk in Parc de la Villette, located in the 19th arrondissement, and stop to see one of many film screenings. They show not only local movies but also international films with French subtitles. All films will be shown in their original language.
Short on time like a typical Parisian? Don't worry. The Open Air Film Festival also screens short films. Festival des Vieilles Charrues: July 18th – 21st (Brittany)
Many go to Brittany for the region's authentic crepes, but do you know that it also has the biggest music festival in France in terms of spectators?
Come enjoy various music scenes and see the most celebrated contemporary artists such as Booba, the Chainsmokers, Martin Garrix, and Petit Biscuit.
Friday July 19th
The tombs of seven Australian soldiers who died in France during World War I and who have been identified will be presented in Fromelles in the Nord department on Friday.
The final of the Africa Cup of Nations will be held in Cairo, kick off at 9pm. Algeria will take on Senegal and, due to the large number of people of Algerian descent in France we can expect a bit of a party if the Algerian team wins. Photo: AFP
Saturday July 20th
Saturday will be a tough day for the cyclists taking part in this year's Tour de France as they tackle the legendary Tourmalet summit in the Pyrenees.
Here are five things to know about this year's race.
Lollapalooza Festival: July 20th – 21st (Paris)
An American in Paris? A millennial in France? Or, did you miss Coachella? The world-renowned American festival Lollapalooza will be at Hippodrome de Longchamp this summer. Headliners include Twenty One Pilots, The 1975, Martin Garrix, and The Strokes.