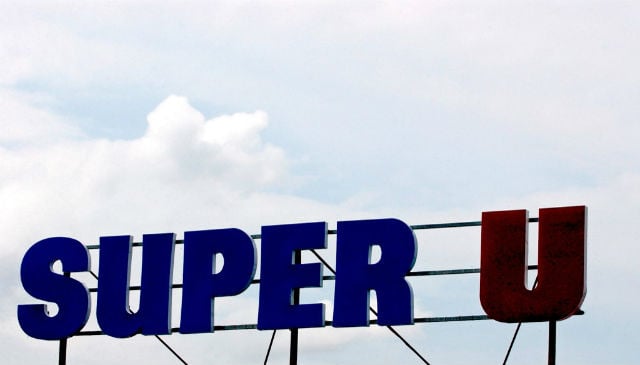 Photo: AFP
Managers of a supermarket in L'Arbresle, a small town in eastern France, the pair had in 2015 taken part in a so-called captive hunt that involves shooting at animals kept inside an enclosed area.
Such a set-up virtually guarantees a kill for private trophy hunters.
But when pictures spread on social media of them posing with guns next to the corpse of a lion, a hippopotamus, a zebra, an alligator and a leopard, it sparked a backlash.

Faced with a growing chorus of online abuse as well as calls to boycott the SuperU grocery store that they ran, the couple finally decided to step down on Tuesday evening, the U cooperative said.
“These images go against the values and commitments upheld by the U retail cooperative. We firmly condemn them, even though they relate to private activities by the supermarket owners,” it said in a statement.

“In light of the condemnation raised by these activities within the cooperative and the legitimate emotion among the public, the shop's managers have decided to immediately leave the chain and their shop in L'Arbresle.”
Copies of the incriminating photographs were released by “30 Millions d'Amis”, a French animal welfare charity whose name means “30 million friends” but it was not immediately clear how they first emerged.
The company pledged to bring in new managers and said the SuperU shop would reopen on Thursday.