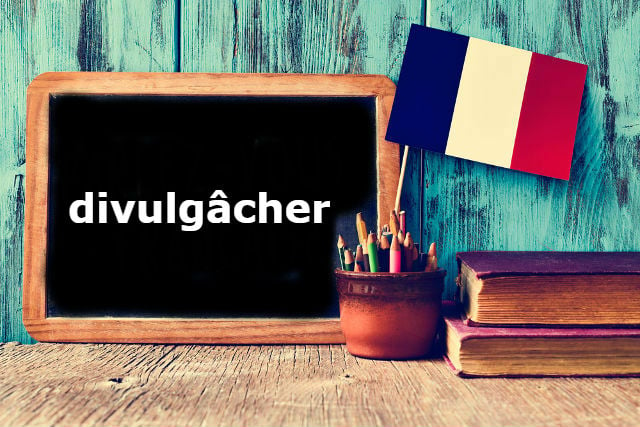 Photo: Depositphotos
Why do I need to know divulgâcher?
Many of the words we cover in our French Word of the Day series are the ones your teachers don't want you to say, often because they're considered slang, swearing or abbreviations.
But if someone from the Academie Francaise is in the vicinity when you break out this word, you'll probably be given an official award for services to the French language right there on the spot.
So, what does it mean?
Divulgâcher is a combination of the words divulguer ('to divulge') and gâcher ('to ruin').
It is a new word created in a bid to stop the French from using the word spoiler, taken from the English noun used to describe something that ruins a story/film etc.
In French, spoiler is used as a verb but the Academie Francaise – the notoriously conservative organisation which deplores nothing more than the French adopting English words – hopes that divulgâcher will replace it.
For more French Expressions and French Words of the Day you can CLICK HERE to see our full list