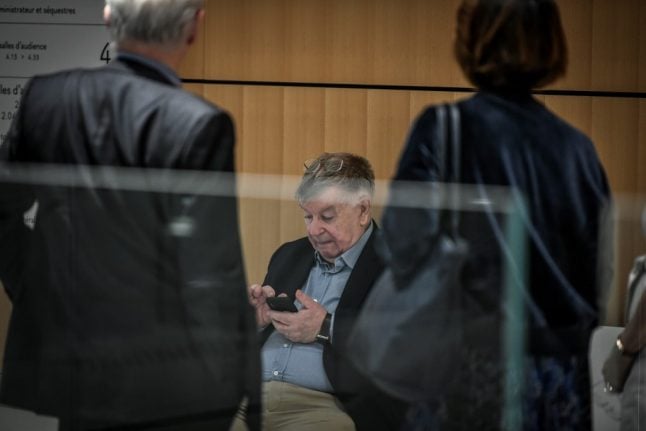 Between 2008 to 2009, 35 employees of the former state-owned telecom giant, now known as Orange, took their own lives in the midst of a restructuring plan during which bosses set out to cut over a fifth of the workforce.

Some of the victims, one of whom jumped out of a fifth-floor window in front of her colleagues, left notes expressing deep unhappiness at work. One man directly accused France Telecom, saying the company was “the sole cause” of his desperate act.

Experts on mental health point out that the factors that push people to suicide are usually complex and multiple.

But the suicides nonetheless caused much soul-searching about workplace culture, at a time when many big French companies were coming under pressure to be more competitive.

Seven former France Telecom bosses, including former CEO Didier Lombard and the former head of human resources Olivier Barberot, are accused of putting in place a system of “institutional harassment” aimed at forcing workers to resign.

Asking the court to find them guilty, prosecutor Francoise Benezech on Friday said: “There is no question that in designing a restructuring with huge job cuts and transfers…the managers knew they were destabilising the workers.”

“In truth, you wanted to destabilise them,” she accused.

The investigation focused on the cases of 39 employees, 19 of whom killed themselves, 12 who tried to, and eight who suffered from acute depression or were signed off sick as a result of it. 'You killed my father'

In a first for a blue-chip company listed on France's CAC 40 stock index, France Telecom itself is also charged with moral harassment.

Throughout the two-month trial, victims' families spoke movingly of their loved ones' fears of losing their jobs or being inequal to the tasks demanded of them.

The daughter of a man who set fire to himself in the car park of a France Telecom office outside Bordeaux in 2011 after being moved from one job to the next pinned his death on the company.

“You killed my father,” she accused the executives.

A senior Orange executive, who represented France Telecom at the trial, admitted the company had failed to look after its “most vulnerable” employees.

But Lombard, who notoriously told a meeting of managers in 2006 that he would “get people to leave one way or another, either through the window or the door”, denied that management bore any responsibility.

“The transformations a business has to go through aren't pleasant, that's just the way it is, there's nothing I could have done,” he said.

Institutional moral harassment is defined as “frequently repeated acts whose aim or effect is the degradation of working conditions”.

The victims' families and unions accuse France Telecom of putting in place a system at its nearly 23,000 sites across the country, including forcing workers to change job or to relocate for work.

In July 2008, a 51-year-old technician from Marseille killed himself, leaving a letter accusing the bosses of “management by terror”.

Lombard, who was forced to step down in 2010, a few months after the suicides became headline news, argued that he was battling to save France Telecom from bankruptcy after its privatisation in 2004.

If convicted, he and the other executives could face a maximum year in prison and 15,000 euros in fines.

Despite France's labour laws, which are some of the strongest in the world, professional burnout is a recurring theme.

In the wake of the France Telecom affair, new laws were adopted forcing companies to take steps to protect workers' mental health.