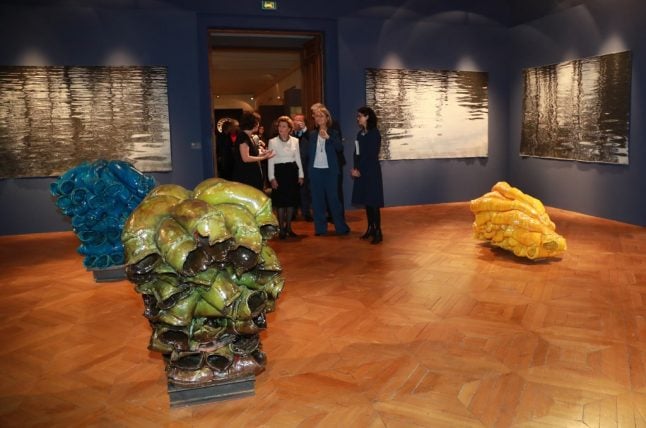 In 1910, Moïse de Camondo tore down the perfectly serviceable 46-year-old family mansion on the Parc Monceau to build one to match his eighteenth-century furniture collection. While the new town house was in progress in Paris, Camondo’s son Nissim died in 1917, surveying the German lines from the air during World War I.

“This catastrophe destroyed my life and changed all my plans,” Camondo wrote. He withdrew from work to bury himself further in his collection, which he now envisioned as a museum to memorialise his son. The result has the feel of an opulent time capsule, one of the most beautiful of Paris’ house museums. Adolphe and Clémence d’Ennery were strictly armchair travelers. Over the course of forty-five years, the couple, an actress and a playwright, acquired more than 6,000 items from China and Japan without setting foot in either country.

This unique jewel box of a townhouse, now an annex of the Musée des Arts Asiatiques-Guimet is organised more like a nineteenth-century cabinet of curiosities than a typical museum. The walls are painted in bright colors and the gilt wood and glass display cases were commissioned by Clémence d’Ennery in French Louis XIV and Japanese styles. Guided visits (in French) take place once a week. The Musée Guimet’s website has information on how to reserve a spot on a tour.

Full of taxidermised trophies, the Musée de la Chasse et de la Nature could very easily feel dated, like an old hunting lodge, but instead it is a world of humour and whimsy. The design, with its feathered bronze banisters, foxes curled up on chairs, and a wolf emerging from under a table, makes the museum feel both charming and contemporary. More recent works of art have been integrated amidst the original collection, so that visitors must remain alert to whether they’re looking at art or artifact. French architect Jean Nouvel created an innovative home for the IMA, incorporating visual motifs from the Arab world into a light-filled building beside the Seine. The permanent exhibition originally focused on Islamic art but was redone for the institute’s twenty-fifth anniversary in 2012.

It now presents themes including early developments and the evolution of scientific discoveries, religion, and cultural traditions with a particularly fascinating collection of archaeological artifacts.

The National Ceramics Museum happily overturns expectations – it’s not filled with rows and rows of prim, gilt-edged plates, but a global and astonishing variety of pieces. The 1876 building just outside the city limits could easily welcome far more visitors than it receives.

The history and travel of technical innovation presented in today’s museum is interesting, covering the spread of Chinese techniques through Asia and Europe and development of metallic glazes in the Islamic world.

However, the real attraction is the items themselves: Italian Renaissance plates, geometric motifs from North Africa and the Middle East, and the factory’s own monumental urns are all breathtaking. Emma Jacobs is a multimedia journalist and illustrator currently based in Montreal. She has written a book of the Paris museum scene – The Little(r) Museums of Paris, which is available to order here.