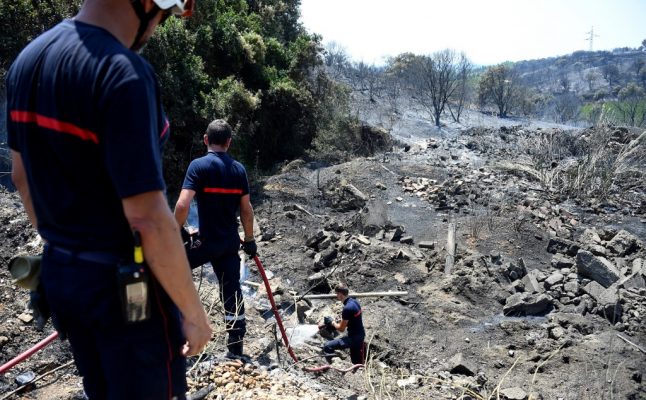 In the Gard département in southern France, 630 hectares have been left devastated after huge brushfires swept through the parched region.

Over the weekend at least 10 people died in drowning incidents, while two people were reported to have died on Friday while working outside in the intense heat.

A child was seriously injured north of Paris on Thursday after being catapulted into the air by water gushing from an open fire hydrant and then crashing to the ground. Storm warnings for the east of the country. Map Météo France

However there are also warnings out of storms on Monday and several areas in the east of the country have been put on alert for possible hail, as well as thunder and lightning.