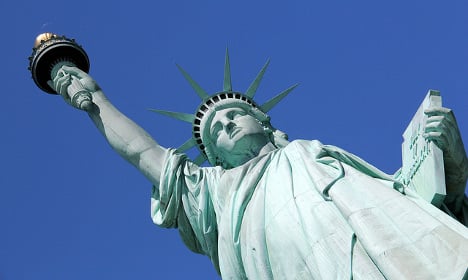 The Statue of Liberty - just one of the many things France has given the US. Photo: Ana Paula Hirama/Flickr
French women and their looks (Photo: AFP)
With the Americans sick of yo-yo diets and quick tips for losing weight, Frenchwoman Mireille Guiliano rocked America's socks off with her book French Women Don't Get Fat in 2004, which raced to number one on The New York Times Bestseller list.
Of course, she was criticized for presenting idealized versions of women who live in a few chic neighbourhoods in Paris, but she certainly contributed to a revolution that allowed her to pen two more best-sellers “French Women for all Seasons” and “French Women Don't Get Facelifts”.
Washington DC The layout of the capital of the United States of America was basically all thanks to the hand of Frenchman Pierre Charles L'Enfant, who fought in the War of Independence then hung around to become a city planner for George Washington.
He turned what was then a hilly, forest-covered sprawling area into the city that it is today, known for its wide avenues and public squares.
Indeed, this city could be the biggest physical gift to come from the French. Read a lot more about it here.
French fries (Photo: Adam Kuban/Flickr)
Yeah, yeah, yeah, French fries might have originated in Belgium – but we'll never know for sure and they're called “French” fries anyway. Did you know that Thomas Jefferson apparently ate “potatoes served in the French manner” at a White House dinner in 1802?
Speaking of Thomas Jefferson…
Washington DC's Thomas Jefferson Building (Photo: Wally Gobetz/Flickr)
“What? That's not French!” you say. “That was designed by three American architects!” You're partly right. The building was indeed an American design, but did you know it was inspired by the Palais Garnier, better known as the Paris Opera House? Compare the two pictures and see for yourself. (Photo: TheGiantVermin/Flickr)
A few years ago, the concept of French parenting went viral in the United States. The Wall Street Journal went as far as to blast the headline “Why French Parents Are Superior” across its website.
The basic idea is that being a bit of “tough love” can raise better-behaved children, and the whole world seemed curious. Whether it's the right way to raise your children or not is for you to decide, but if you raise perfectly well-behaved children thanks to a few of those tips, then you can be sure to thank the French for that too.
General Lafayette (Photo: WikiCommons)
We wouldn't go as far as saying a French general gave the US its independence… but it wouldn't be a stretch. Gilbert du Motier, Marquis de Lafayette – or General Lafayette in short – was a key figure in the War of Independence and scored a decisive victory over the British in 1781.
He crossed the Atlantic in just 38 days – a voyage that confirmed his renown as a hero of the American Revolution. They've even remade his frigate, Hermione, 235 years on for another memorial crossing. (Photo: AFP)
At least 42 US counties and cities and hundreds of streets and squares – including the famed Lafayette Square opposite the White House – are named after him or after his ancestral home in France, La Grange.
A hugely popular travel destination Where do Americans go on holiday (if they want to leave their own country)? France of course.
L'Hexagon, as France is also known, is among the most popular holiday destinations for Americans.
The New York Times reported that an estimated 2.49 million Americans will visit France in 2015, which makes it just a fraction away from being the most popular travel destination in Europe. In fact, it's only the UK that will be more popular in Europe among Americans with 2.54 million expected to visit this year. That means France is the fourth most popular international destination for Americans in general, after Mexico, Canada, and the UK.
A champion basketball player (Tony Parker takes it past LeBron James. Photo: AFP)
Tony Parker, a basketball star for the San Antonio Spurs in the NBA, was arguably the best French athlete in American sports. He steered the team to four championships, and moved like an assassin on the court. If you're not into basketball, you might remember him as the ex-husband of Desperate Housewives star Eva Longoria.
New Orleans (Photo: Wally Gobetz/Flickr)
New Orleans, at the mouth of the Mississippi river, was once owned by the French. In fact, Napoleon sold the whole state of Louisiana to the US for $15 million back in 1803 to keep it out of the hands of the British. Now, the city has a thriving French quarter (known as Vieux Carrée) where you can see everything from classic French architecture to cafes and restaurants named after characters from France's history pages. Piketty seemed to be nothing more than an ordinary economist until his book “Capital in the 21st Century” shot him to fame worldwide, but particularly in the US, where his work topped the New York Times bestseller list.

It was in the US, a country with one of the greatest levels of inequality, that his work to explain how the rich were getting richer and the poor were getting poorer really struck a chord. It earned him a trip to the White House and Barack Obama made tackling the issue a top priority.

Of course that didn't have a totally happy ending, but Frenchman Piketty did his bit.

Lastly of course, The Statue of Liberty (Photo: Grufnik/Flickr)
In 1887, French steamer Isère made its grand entrance into the New York port with what would become a 93-metre-high statue in its cargo. The statue, which weighs 204 tonnes and is visited by almost 100 million people a year, was designed by Frédéric Auguste Bartholdi, with the help of Gustave Eiffel. 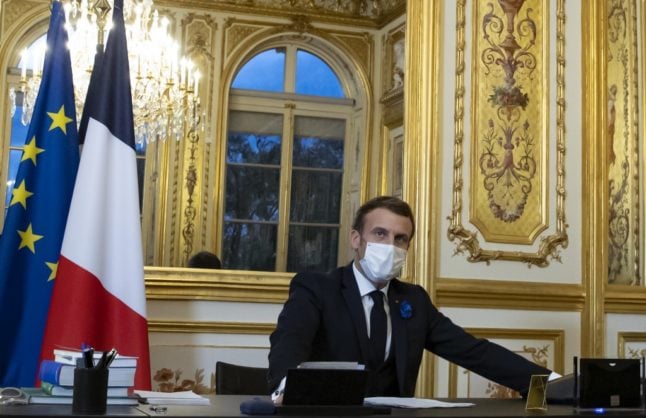 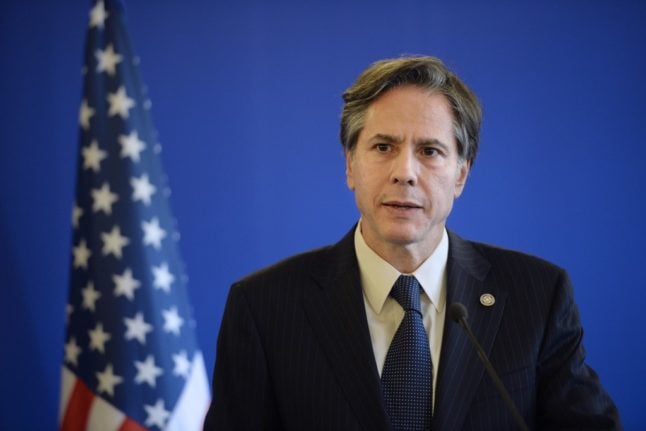 POLITICS
‘A friend of France’: Who is the fluent French-speaker representing the United States on the world stage?
Url copied to clipboard!