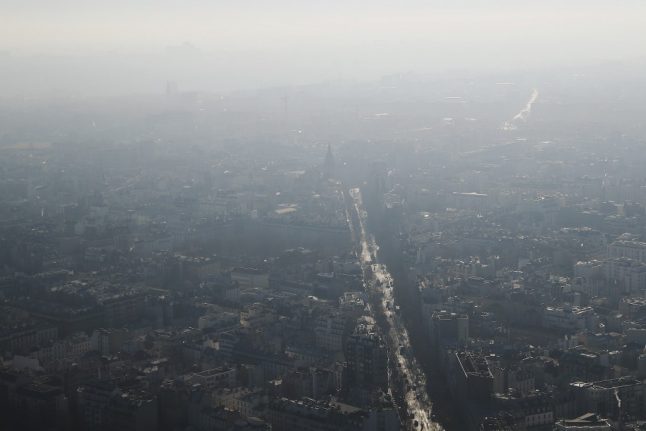 Is the French state doing enough to tackle air pollution?

No, according to a historic court judgement brought in on Tuesday. A mother and her daughter brought the case against the French state in the administrative court of Montreuil, outside Paris, saying that high levels of air pollution had caused their health problems. The pair had lived in Saint Ouen, just outside the périphérique, the famously clogged Paris ring road.

The cause was backed by two NGOSs and was the first case brought by individuals against the French state over health problems caused by air pollution. Now that the court has ruled in favour of the plaintiffs however, it will probably not be the last such case.

So will there be a deluge of similar cases?

Well the ruling was only a partial victory for the mother and daughter, who have since moved out of Saint Ouen. The court ruled that the French state had not done enough to tackle the problem of air pollution, but rejected the pair's demand for €160,000 in damages, saying it could not find a direct link between their health problems and the state's failings.

Nevertheless it is a significant ruling, although there is still the possibility of appeal.

“For victims of pollution, this is a first,” the plaintiffs' lawyer Francois Lafforgue told AFP.

“From now, the state will have to take effective measures in the fight against pollution.”

Nadir Saifi, of Ecologie sans Frontiere, a French NGO which backed the case, said the decision was “historic”.

“I am very moved. We have been waiting for this for 20 years,” said the activist.

So just how bad is the problem in France?

As with most other countries, it is worse in cities and Paris is particularly bad, both in the centre and on the outskirts. The Paris périphérique – opened in 1973 – takes 1.1 million drivers a day but is also a nightmare for the 100,000 people living around it.

In fact one study estimated that living in Paris is the equivalent of smoking 183 cigarettes a year in terms of air pollution.

For PM2.5 particles – basically the particles of air that are the most dangerous to a person's health – the World Health Organisation (WHO) has set an upper limit of 10 micrograms of dirty air particles and every year around 500 places in France breach this.

The main reasons behind this are road traffic and wood fires, with good weather and mild temperatures also playing a role in pollution peaks.

Although relatively low in world terms – China, India and Iran top the international list for the most polluted places – Paris still has significantly higher levels of air pollution than many other western European capitals, including London, Athens, Copenhagen, Dublin, Oslo and Madrid. And the French state has done nothing about it?

No, that's unfair, while the court may have ruled that the government has not done enough, there have been plenty of measures introduced to tackle air pollution, particularly in Paris.

In fact the court ruling added that the local Paris authorities had not been at fault during the 2016 pollution crisis and had introduced measures such as restricting the number of cars on the road.

Paris has introduced a number of measures to cut air pollution, such as restricting traffic in certain areas like along the banks of the Seine and introducing measures like 'car free Sunday'. There are also extra traffic restrictions that are brought in once air pollution reaches a certain level, and as a result the blankets of smog that had been a frequent feature of Paris are now seen less often.

Paris is one of several cities – along with Lyon and Grenoble – that is using the CritAir system. The sticker scheme assigns a number from 1 to 5 to all vehicles, based on how polluting they are. Level 5 vehicles have already been banned from central Paris on weekdays and level 4 – which mostly covers older models of diesel cars – will be banned from Paris from July 1st.

Paris mayor Anne Hidalgo has also begun an ambitious scheme to redesign the road layouts on several major Paris landmarks to make them more friendly to pedestrians and cyclists and there are also plans to further restrict cars from major sites such as the Champs Elysées. As for the périphérique, a consultation is ongoing over reducing the speed limit to 50km/h.

On a national level, the loi d'orientation des mobilités is a far-reaching transport bill aimed at improving France's transport infrastructure while also making the whole country greener. However as it has only just passed through parliament it will be a while before the effects are felt.

All that said, however, there is still a long way to go. In May 2018, the European Commission took France and five other countries to the European Court of Justice for failing to apply long-sought steps to improve air quality.

In France's case the move came after 12 years of warnings over fine particles as well as nitrogen dioxide levels, which in some cities were more than double EU limits.