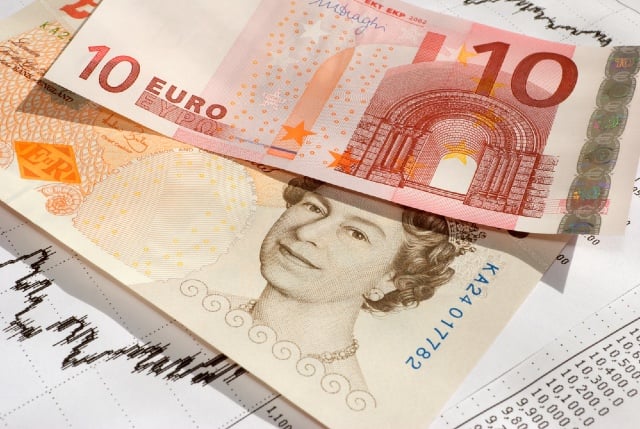 The cheaper cost of living is one of the reasons cited by many who make the move to France from the UK.

But new data from Eurostat suggests not everything is cheaper this side of the English Channel, in fact some things are more expensive.

Eurostat produced an interactive comparison site so users can get a rough idea of which countries in Europe  and the EEA (Norway, Iceland, Switzerland) are more expensive than others in terms of the consumer costs of various products.

Although the data doesn't give real figures on the average price of products in each country, nor indeed in certain regions of countries, it did reveal some interesting information that may surprise readers.

Share your thoughts with us in the questionnaire below.

Brits don't flock over to this side of the Channel on day trips for nothing. They come for cigarettes and alcohol, including wine, beer and spirits, because they are cheaper than back home and the stats from Eurostat back that up.

The price of cigs and booze in France is 13.4 percent higher than the European average compared to the UK where prices are 56.7 percent above the European average. So the booze cruises will live on until there's some dramatic change. Brexit perhaps? Where do you think is more expensive in general for clothes and shoes France or the UK?

According to Eurostat it's France, where prices are 10 percent higher than the European average. In the UK the cost of clothing and footwear for adults and children is 7.3 percent under the UK average.

Do you head back across the Channel to stock up on new clothes?

Those Britons who have headed across the Channel to buy homes will be the best people to ask about the difference in housing costs, which for the record includes cost of maintenance, repairs, water, gas and electricity supplies as well as rentals.

They might not be surprised by the fact that housing costs in the UK are 56.5 percent higher than the EU average whilst in France the costs are closer to the European average at 13.4 percent above the mark.

Tell us of your own experiences below.

Any Briton who has tried to buy a car in France won't be surprised to hear that the cost of vehicles is lower in the UK – 0.5 percent below the EU average.

That's why many people actually recommend buying a left-hand drive car back in the UK and getting it shipped over, rather than in France where the cost of vehicles is 5.4 percent above the EU average.

READ ALSO: So where is the best place to buy a car in France? Confirming what most people would have guessed, France is cheaper than the UK for transport costs. You just have to compare the price of a monthly Navigo pass in Paris (€75 a month for all zones) to the cost of a monthly oyster card in London (£230 for zones 1 to 5) to get some idea of the difference in transport costs between the two countries.

The French tend to spend a good part of their lives eating out as do foreigners in France. Indeed the food and social culture is one of reasons many Brits move to France.

But it would be a lot cheaper for them if they lived in the UK where the cost of restaurants, bars and cafes is 7 percent above the European average, unlike in France where costs are 18 percent higher.

But is the quality better in France? Where would you rather dine out? Pubs or terrace cafes?

In the area of communications, which include the costs of postal, telephone and internet services, France came in under the European average by 3 percent, the UK was over the average by 9.6 percent.

In the area of house furniture and carpets the two countries were fairly similar with costs in the UK 5.3 percent above the European average and 3.7 percent in France.

For recreation and culture, which includes everything from the cost of newspapers and books to package holidays, France was 8.8 higher than the European average while the UK was 3.4 percent above. But then is France just a more cultural country, where books, newspapers and holidays have more value?

You can CLICK HERE to compare the cost of living in France to other countries around Europe.