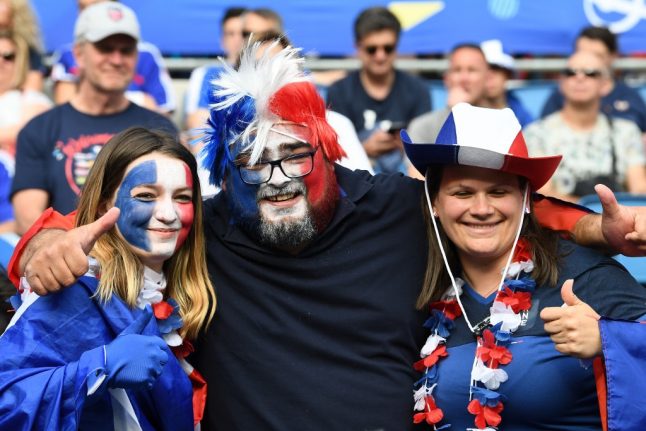 There were cheers all round on Friday as France advanced to the quarter finals of the first Women's World Cup to be held on home soil.

Les Bleues will now take on the USA on Friday at 9pm after the current title holders beat Spain on Monday night.

But off the pitch its has been a win all round for the game, with the highly successful tournament sparking an unprecedented level of interest in women's football.

FIFA announced last week that already a million tickets have been sold with another two weeks of the tournament to go.

Fourteen of the 52 matches in the tournament have already sold out and it is expected that the semi finals and final will also be a sell out.

The opening match of the tournament – France v South Korea – brought in 9.8 million viewers, or 44.8 percent of the audience share. That's twice as many people as tuned in for the men’s Euro 2020 qualifier against Andorra the night before.

And this has translated into money – French TV channel TF1 started the tournament asking for €62,000 for a 30 second spot, thanks to higher viewing figures it is now charging €95,000 or €115,000 for a slot at half time, according to Le Parisen.

Sponsors are also pleased with the increasing profile of the sport, with Coca-Cola describing the tournament as a “great gathering moment” in France.

And it's not just among the corporate world that enthusiasm is mounting – more and more shops in France have begun decorating their windows with tricolores and messages of good luck to the team, while fan accoutrements such as wigs, face paints, flags and jerseys are on sale in an increasing number of places.

“You can feel this surge of momentum behind the sport – the TV viewing figures are staggering,” said Virginie Bachelier, a sports correspondent for Ouest France.

“Six months ago, if a women’s football match got one million TV viewers, that would be considered good. But now 10 million viewers are tuning in on the basis of the team’s skill and performance.

“People want to watch them because they are world-class players. And in football, you have to get into people’s living rooms for it to count.”

Friday's match should prove a key clash as both France and the USA have been fancied to win. It takes place at the Parc des Princes in Paris at 9pm and will be screened on TF1.