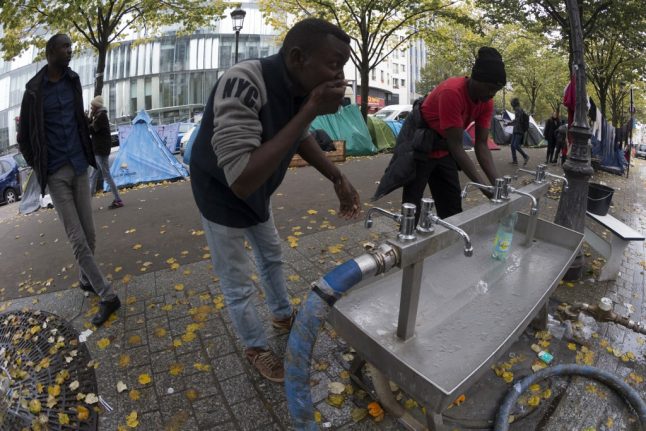 The Council of State gave regional authorities eight days to install “sufficient” resources and to provide some 700 migrants with information, in their own languages, about their rights, according to the order seen by AFP.

The council was approached by eight associations and the local authorities of Grande-Synthe in the north of France, where the gymnasium is located, with concerns about the migrants' living conditions, the “inaction” of the state, and the “violation of fundamental rights”.

Migrants have been present in large numbers in Grande-Synthe and a nearby forest for about 10 years, trying to make it to Britain across the English Channel.

In 2008, the municipality decided, against the wishes of the central authorities, to open a gymnasium to house them.

It is the responsibility of the state to ensure “that the right of every person not to be submitted to inhuman or degrading treatment is guaranteed,” members of the council said, adding that “the sanitary facilities of the gymnasium… are obviously insufficient.”

The situation constituted a “deficiency” in the state's execution of its mission, said the council.

The regional authority said it had taken note of the decision.