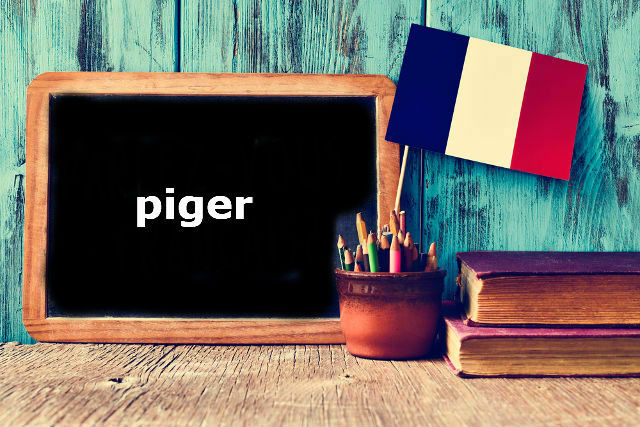 Photo: Depositphotos
Why do I need to know piger?
The proper use of the verb piger will help you to express comprehension (or lack thereof) in a casual, laid-back way. So if you have arrived at the happy day when you actually understand what's being said to you in French, then this is you word.
What does it mean?
Derived from the popular Latin verb pedicus, meaning to trap (prendre au piège in French), piger is a colloquial way to say ‘to understand’, similar to the English ‘to get’ something – Je pige is roughly equivalent to ‘I get it’ and je ne pige pas is ‘I don’t get it’.
Here are a few more examples:
Si tu veux de la qualité, il faut payer. Tu piges ?
‘If you want quality, you have to pay for it. Get it?’
Dans le cours de maths, il n’a rien pigé.
‘In math class, he didn’t understand anything.’
Elle est maline, ta copine, elle pige très vite.
She’s clever, your girlfriend, she catches on quickly.
Je n’y pige que dalle.
‘I don’t understand a thing about it.’
It should be noted that in certain contexts, piger can have different, more specific meanings – it’s also means ‘to freelance’ when applied to journalists or ‘to draw’, like in a board game, in Quebec, but these usages are less common than that of ‘to understand’.
Alternatives
The standard French for ‘to understand’ is comprendre, appropriate in more serious situations (say, when you’re explaining to the public transit police why you’re on the RER outside of Zone 1 with only a t+ ticket), though piger is by no means vulgar.
Another colloquial way to say that you ‘get’ something is to use the verb capter, which also means ‘to receive’ (a radio signal, for example). Je ne capte rien de ce que tu dis means ‘I don’t understand anything you’re saying’.