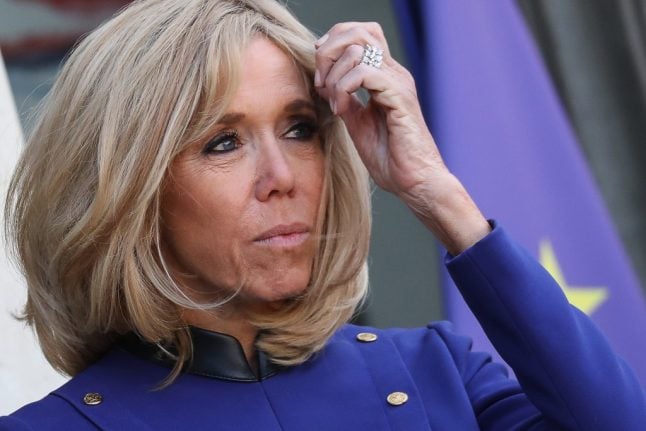 Photo: AFP
In the intimate interview with RTL radio station, the 'First Lady' spoke at length about the early days of her relationship with French President Emmanuel Macron and how she could only have pursued the relationship with the then 17-year-old with the support of her children.
“If my children had not allowed me to live with Emmanuel, I could not have done it. I'm too focused on them,” she said, referring to her three offspring from her first marriage: Sebastien, Laurence and Tiphaine.
“It took me a long time to realise what was happening (with Emmanuel Macron), then to take the plunge, to become his wife (…) I could not bear to ruin the life of my children, it was not possible,” she said.
“Of course I hurt them, like all the parents who separate do,” she said. “At one point, I realised that Emmanuel was my life. And they understood it. I think they understood it. I do not want to speak for them.”
READ ALSO: Photo: AFP
Brigitte went on to say that she “understands all the reticence” around her relationship with Macron.
“We are not a model couple,” she said. “Of course we are not the ideal couple. Being a couple is complicated, it's an everyday struggle (…) When you have a big age difference, it can be even more complicated.”
She also pointed out that she hates the word “cougar” – particularly when it's applied to her.
“What is this word, it doesn't describe anything! I have always been attracted to men of my age. Except Emmanuel Macron, who was the exception.”
Difficult teenage years
The 'First Lady' spoke about her teen years when she experienced “trouble being in the world”, which she said she still finds difficult to understand today.
“When I had the parents I had, it seemed like I had everything. (…) I was loved, I was educated. I had everything. I had friends, I was rather happy.
“But underneath it all I had angst, which I never identified, that I lost with adolescence.”
The 'yellow vests'
Brigitte also touched on some political subjects, including the anti-government 'yellow vest' movement, which has been described as the biggest test of Macron's presidency.
“This crisis was predictable,” she said, adding that essentially French citizens were pointing out that from the middle of the month life is impossible and “that they want their children to have access to the best.”
“They say that social mobility is in decline and I believe them,” said the former teacher, adding, “I was afraid for France (…) Nothing is achieved by violence”.
The 'First Lady' went on to defend her husband over the crisis, saying that he did not “minimise” it.
“I do not think he downplayed it (the crisis) but there are reforms he had planned to do later, which he did earlier instead,” she added, saying that Macron believes the Grand Debat, which organised in response to the protests, had a positive effect on him.
“He has evolved, he is more prepared,” she said.