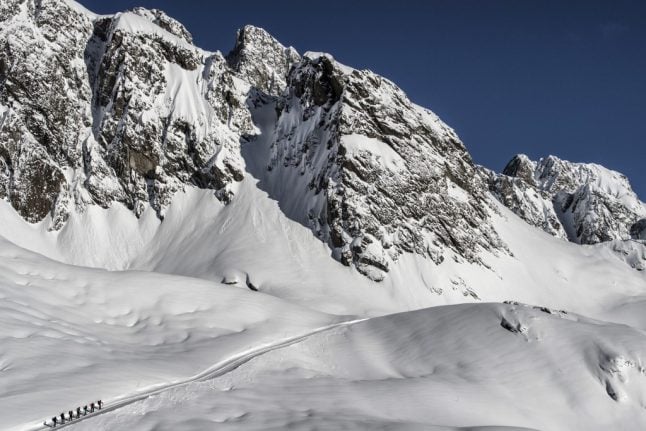 The pair landed the aircraft at 4,450 metres on the famous mountain in the French Alps in an incident described as a “provocation” by the mayor of the nearby Chamonix resort, Eric Fournier.

“It constitutes an intolerable attack on the high mountain environment and on all existing protective measures,” Fournier said, describing the behaviour as “unprecedented”.

The area, officials said, is not an authorised landing zone.

Police intercepted the two Swiss mountaineers to get their identity and asked them to turn back.

The pair were allowed to take off.

Bozon said they were reflecting on what offence had been committed.

Mont Blanc is crawling with thousands of climbers during the summer months, aiming to reach the 4,809 metre summit.

Officials have been grappling with a surge in adventure-seeking tourists – some without sufficient equipment or experience – hoping to scale the mountain during the summer season.

The increase in numbers has led to some people camping illegally and concerns over sanitary risks such as water availability and problems with waste disposal.