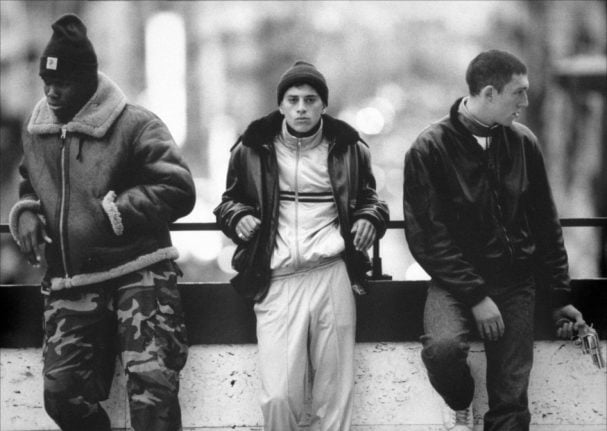 France is a modern country with modern problems and a diverse and complex population, but you wouldn't know that through watching the Hollywood version of France, and especially Paris.

In fact there's even a name – Paris Syndrome – for the brutal disconnect tourists can experience between their romanticised movie views of Paris and the real, modern, bustling, sometimes grubby city.

READ ALSO How foreigners learn to romanticise Paris through film But films made in France offer a far more realistic view of the country. French films can still be heartwarming when they tell realistic stories, but they are not simplistic or patronising to viewers.

The tourist sites that most people see don’t engage with these issues, such as poverty and immigration, but France is dealing with them every day. Films that tell these stories focus on the humanity of the characters to try and bring them to life on screen, pushing the viewer to engage with the film.

This 2013 movie is the coming-of-age story of Adèle, a young French teenager who falls in love with an older woman, Emma.

Through the two women, we see tensions between the exploration of sexuality and how this fits into French culture, especially between social classes.

During Pride month, discussions of sexuality are in the forefront of our minds, and this movie is an intense examination of LGBTQ+ identity in modern France, and holds almost nothing back. This movie takes place in a Romani banlieue around Paris – an area most tourists will never get to see, but it’s really about the characters, not the place.

It depicts the struggle that a young teenage dancer goes through in order to lift herself from poverty, as she confronts drug dealers and street gangs. This side of Paris, or even this strata of society, is rarely depicted in movies that Americans watch because it isn’t pretty and happy endings seem forced.

Think Aladdin; even Disney characters can escape poverty only with the help of magic. This movie is not heartwarming and the ending doesn’t wrap everything up neatly, but neither does real life. If you want to feel emotions deeply and gain an understanding of an underrepresented sector of society, watch this movie.

This movie also takes place in a banlieue near Paris, the day after a violent riot due to rising tensions between the harsh police and a racially-diverse population. It focuses on three friends of a boy who was hospitalised after the police attacked him.

Like Divines, La Haine depicts racial and economic tensions in a part of France that most tourists wouldn’t see, but is crucial to gaining a full understanding of twenty-first century France.

Made in 1995, this was the first movie to depict the banlieue in mainstream entertainment media, and almost twenty-five years later, the central issues still exist.

This 2009 movie isn’t set in Paris, but Calais, and shows the bond between a French swim coach going through a divorce, and a young Kurdish immigrant trying to get to England by swimming across the Channel.

It reveals the harsh, unforgiving nature of immigration laws in Europe, and sugar-coats neither the immigrant Bilal’s journey, nor that of struggling coach Simon.

It also shines a light on general anti-immigrant sentiment, and shows France from an outsider (non-American) perspective. It explores friendship and hardship, with a heart wrenching ending. Actor and teacher Francois Begaudeau wrote about his own experiences in a Paris school. Photo: AFP

The Class follows a multicultural Parisian high school class and a French language teacher who desperately wants to help his students.

The “problem children” challenge the young teacher’s methods, as he attempts to walk the line between discipline and cooperation, and between his superiors and his students.

The story was written by a French teacher who based it on his own experience, and he plays the lead. It’s a journey through the educational system, dealing with racial and class tensions, relationships within a community, as well as the simple fact that being a young teenager is tough in any neighborhood.

Of course, Paris isn’t all rough-and-tumble, with violent street gangs lurking around every corner. But it also isn’t all perfect. It has its own cultural issues, most of which are not that different from America, and many French films don’t shy away from depicting them.

They serve a second purpose beyond simple entertainment, which is to get their audience to engage with the story and underlying commentary. Some of these movies have happy endings, but a lot don’t, which may be more realistic as many French directors hold a mirror up to society with their films.

Elizabeth Lanier works for cinema club Lost in Frenchlation, which shows a diverse range of French films, with English subtitles so that Anglophones can experience the full range and diversity of French cinema. Find out more about their upcoming screenings here.

Check out the new film section on our website here.