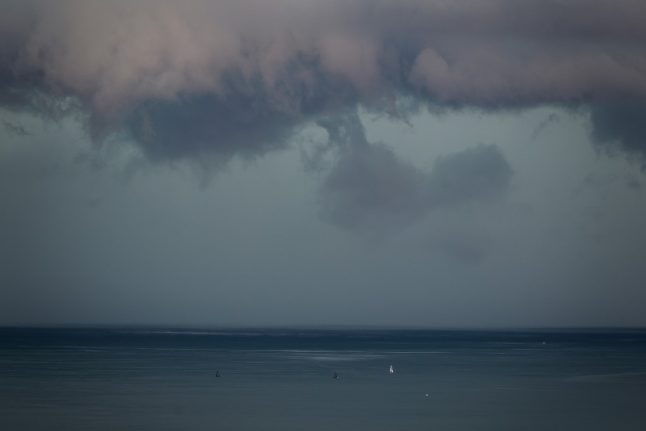 After several weeks of storms including hailstorms so violent that a natural disaster was declared, more storms are set to hit the north of the country and Paris on Tuesday.

French weather forecaster La Chaine Météo has issued a yellow storm warning for 24 départements in the north and north west of the country.

The storms struck in Brittany early on Tuesday morning and are forecast to move south and west throughout the day.

The warning for very heavy rain, hail, thunder and winds of up to 100 km/h is in force until midnight.

The storm comes just days after violent hailstorms struck the south east of France over the weekend, badly damaging crops including fruit, cereals and vineyards. The government has declared a state of natural disaster and offered funds to farmers who are facing losing their entire crop because of the damage.

READ ALSO What does a state of 'natural disaster' mean in France?

But gloomy as the weather seems to have been in France of late – summer is almost here, with a long, hot sunny summer forecast during July and August.