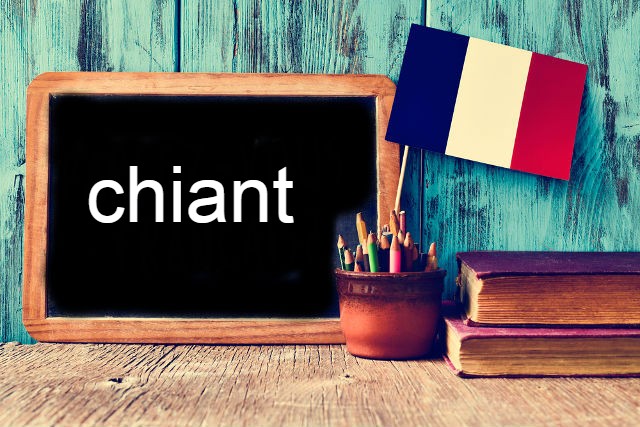 Why do I need to know chiant?

Chiant or the feminine versions chiante is used a lot by the French but despite its origins it's not as impolite as you might think.

It is frequently used in conversation to describe something as 'really irritating', 'really annoying', 'really boring' or in more extreme slang 'a pain in the ass'.

If you'd like to convey a similar meaning to chiant using a different word, you could go for assommant which means 'boring', 'tedious' or 'stupefyingly dull'.

Or alternatively you could use emmerdant which means 'annoying', 'irritating' or 'aggravating'.