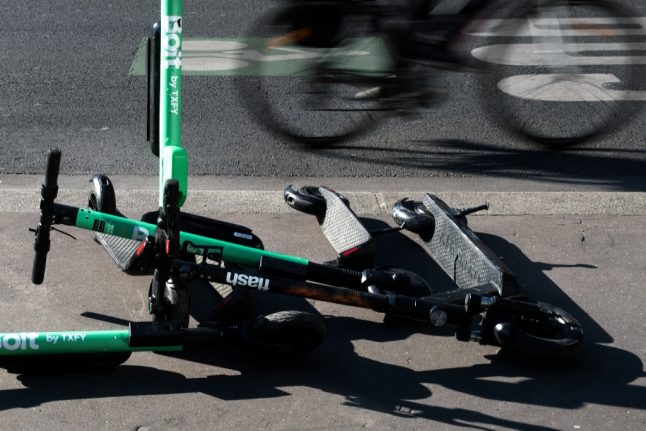 Although it was his right of way, an investigation was opened on Thursday into “involuntary manslaughter by a vehicle driver following the use of drugs”, Paris prosecutors said.

The driver was detained on Monday night and is now set to appear before an investigating magistrate who will decide whether to press charges.

Fans have embraced scooters as a quick and cheap way to get around, with the “dockless” devices unlocked with a phone app. Once a ride is over, they can be left anywhere.
But critics say they pose a grave safety risk both for users and pedestrians, and argue that their random presence all over the city's pavements amounts to an eyesore.
Paris has already introduced fines of 135 euros ($150) for riding electric scooters on the pavement and last week Mayor Anne Hidalgo announced a ban on
parking on the pavement.
She also said their speed on roads should be limited to 20 kilometres per hour (12 miles per hour).
Two months ago, an 81-year-old man reportedly died in Levallois-Perret outside Paris just days after being knocked over by an electric scooter.