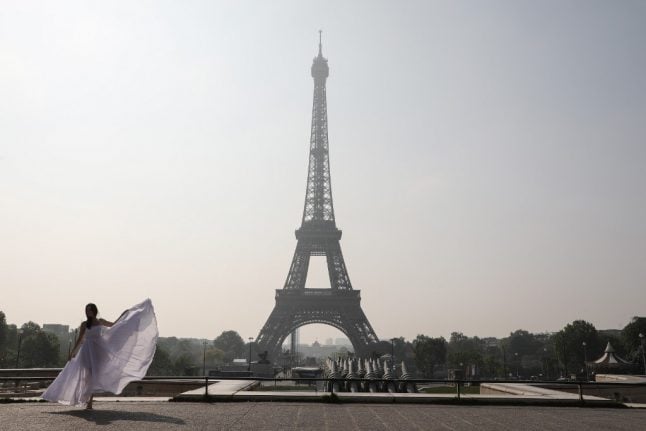 The hazy romantic charm of Paris as seen through American films. Photo: AFP

Francophilia is nothing new, especially in America. France has long embodied sophistication, class, and style. Paris is the “City of Love,” and many Americans think French is the sexiest accent (it is a Romance language, after all).

We see movies like Midnight in Paris and Amelie and idealise Brigitte Bardot. The France that we Americans dream of – with its suave, fashionable men in turtlenecks, and graceful, effortlessly beautiful women – may exist in some form or another, but is by no means is reflective of France as a whole.

There’s a name for the broken expectations that affect some tourists physically: Paris Syndrome. Woody Allen's characters in Midnight in Paris are never confronted with beggars, litter or the smell of urine.

When Paris is so idealised, as it is in many films that are popular outside of France, it is impossible for the city to live up to the hype, leading to depression for some tourists. Francophiles worldwide hold in their minds a pristine, romanticised, Instagram version of Paris.

This is not to say that Paris is not amazing; it is. But it’s not the monocultural, perfect city that fictional characters seem to inhabit.

Paris is wonderful because of all the things it has going on, whether that be quiet pastel-colored boulangeries, or the bustling crowd of internationals in the wide Haussmann streets.

Midnight in Paris presents Paris through American eyes, rather than native French. Nostalgia plays a part even more explicitly, as the film references the 1920s, the Jazz Age.

The idea of Paris as it was (portrayed) in the 1920s permeates American minds, and further romanticises the city. That nostalgia for a world long gone is apparent in this film, with Paris as the main character’s escape from the real world with all its complications and filth.

Paris is also quite easily recognisable to the American viewer; tourist attractions like the Eiffel Tower and Montmartre feature heavily in the film, always visible. There is never anything in Woody Allen’s Paris that is unappealing. Instead, everyone is in fortunate circumstances and dressed fashionably. The city is beautiful, and so are its people, and nothing is out of place.

Films such as Amelie, Funny Face and An American in Paris all reinforce this image of a dream-like, idealised Paris.

Les Misérables is perhaps the most popular French story with Americans, and portrays a divided France almost two hundred years ago (contrary to popular belief, Les Mis is set in the Revolution of 1830, not the French Revolution in the late eighteenth century).

This Paris is rough, dirty, and unforgiving. The story is Victor Hugo’s, who actually lived through this revolution, and is more about Parisians than Paris. It does not reflect modern Paris, and does not pretend to.

Unlike Midnight in Paris, there is no romanticisation of Paris, but the tragic nature of the story ennobles the characters, and highlights the complexities of French society and the individual characters. From Fantine to Jean Valjean, the viewer cannot help but feel sorry for each character and be invested in their fate. The story stirs passion and, to Americans, a sense of camaraderie with the French.

After all, we point to a revolution against oppressors as our own foundation. Americans travel to Paris every year to tour Hugo’s Paris, but it’s long gone, physically and culturally. Haussmannisation prevented exactly the types of barricades featured in Les Mis, and while Parisians still feel the need to protest out in the streets, it isn’t necessarily the noble struggle for freedom that Hugo writes about. Even dying of tuberculosis is romantic when it's done in Paris, as Moulin Rogue shows

Moulin Rouge! is very popular among Americans as well and, again, presents a Paris long gone.

The film shows Parisians as eccentric and adventurous, like Midnight in Paris does. It’s escapist, as well, allowing audience members to get lost in their imagination of burlesque fantasies and the tragic artist, both of which are romanticized.

Like Les Mis, suffering is tragic but also beautiful. Fantine and Satine are the picture of the beautiful, tragic woman. Even the death of the main character’s love interest is beautiful.

These Americanised “French” movies place much importance on ideals, and while they don’t conceal or cancel out hardship, they give purpose to the characters, even if they die. They also largely depict a “historical” Paris that may or may not have ever existed. Like New York City, Paris seems a city that is not without its difficulties, but the romance and excitement of the city make it beautiful.

Lots of French movies focus on the reality of living in France and reject the fantastic nature of many American films. Movies like Les Intouchables and Mon Roi explore modern life in France without the unrealistic romanticisation, and have been box offices smashes in France. But these films rarely seem to get much international success, so Americans do not typically see them.

This means that many of the stories that inform our ideas of France are not told by actual French people, and we rely largely on the American imagination.

Cult classics like Moulin Rouge and Midnight in Paris fail to represent the modern, lively, and diverse Paris. They represent an American vision of France, in which Paris is a romantic city in which everyone has, if not a happy, then beautiful, ending to their love affairs.

Sure, Paris is amazing and can be romantic and magical – but at the same time it can be hectic, overwhelming and grubby.

Elizabeth Lanier – an American living in Paris – works for Lost in Frenchlation, a Paris-based cinema club that shows French film with English subtitles. For details of the programme of screenings, click here.