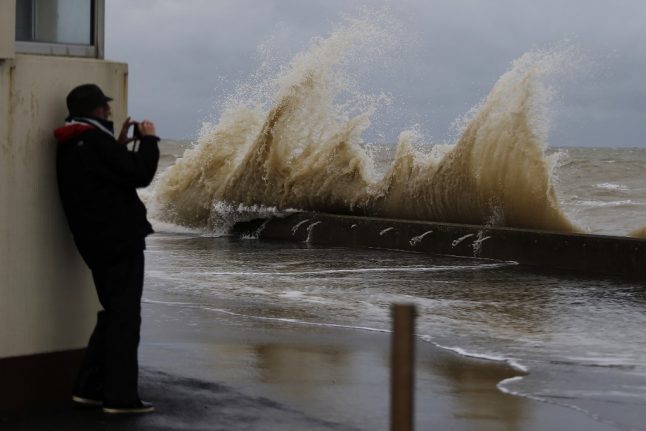 A total of 8 departments were placed on orange alert – the second highest warning – for storms by France's national weather agency Meteo France at 6am on Friday morning.

People in these areas are warned to take precautions due to the risk of dangerous weather conditions, with the warnings expected to remain in place until Saturday at 6am. “It should deepen more and more during the night from Thursday to Friday in the Bay of Biscay,” warns Frédéric Pluviaud, meteorologist at Météo France, based in Mérignac (Gironde), interviewed by French regional newspaper Sud Ouest.

“It should reach the Loire-Atlantique on Friday morning. We could have gusts of 100 to 110 km/h between the Médoc and the Charente coasts, as far as Poitou”, he added.

On Friday, Storm Miguel is expected to cross Brittany, before heading for the North Sea in the evening. The coastlines between the Morbihan and Charente rivers are expected be the most exposed to strong gusts, which could reach 110 to 130 km/h on the islands.
As well as the strong winds, heavy rain is also expected: 10 to 20 mm of rain could fall in 24 hours between Brittany, Normandy and Pays de la Loire.
The Channel coast will also experience the effects of the storm as the low winds return to the British Isles in the evening, with gusts exceeding 110 km / h locally.
The storm follows two days of weather warnings for Paris and northern France, which saw thunderstorms and torrential rains and, in some places, flash flooding.
The unseasonable weather has been attributed to higher than usual air pressures in the north causing cooler temperatures. Meanwhile in the northern part of Africa the weather is warmer than usual, and the collision between cool and warm air streams is causing storms over the sea.