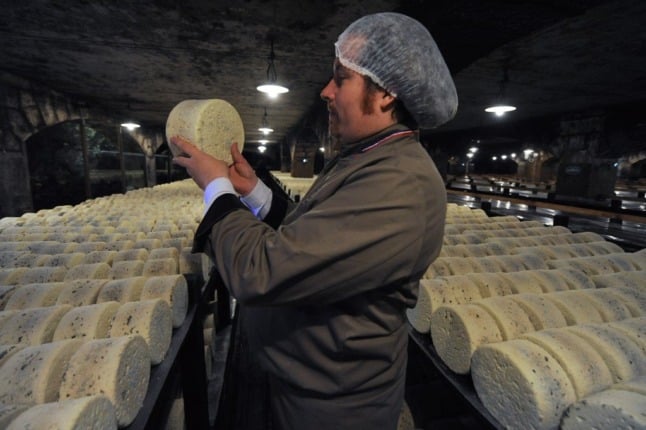 Roquefort has been produced in these caves for centuries. Photo: AFP

Makers of Roquefort cheese are involved in a battle with food-labellers who have given their fatty, salt-laden but delicious product the same rating as ultra-processed foods and fizzy drinks.

The cheese comes from the small Occitan village of Roquefort-sur-Soulzon, south of Millau, which recently celebrated the anniversary of the charter granting them sole rights to make and sell their famous cheese.

While King Charles VI granted the village their monopoly on June 3rd 1411, the good people of Roquefort have been making their famously sharp, tangy dairy product for much, much longer. The cool, dark caves of the Combalou hills provide the perfect environment for the mould to grow. Photo: AFP

Their secret? Well, legend tells of a shepherd who once saw, in the distance, a pretty young thing tending her own flock. Ditching his meal of sheep’s cheese and bread in a cave, he went looking for her.

Unfortunately for him, but luckily for us, he was unsuccessful in wooing her, and when he returned, some time later, his cheese was riddled with a greenish mould. With nothing else to eat, he reluctantly took a bite of the cheese, only to discover a taste sensation.

The reality is probably far less romantic, but no less interesting. Turns out the cool, climatically-stable Combalou caves that the locals have used for centuries to mature their sheep’s milk cheese are home to the Penicillium roqueforti mould, a fungus that loves nothing more than the nutrients found in maturing cheese. Riddling the wheels, it gives the distinct flavour that many have come to love.

(Also, if you’re wondering about the name, an old folk remedy for open wounds in the region called for the cheese to be smeared over the injury. Turns out there was something to that!) The village of Roquefort-sur-Soulzon in southern France is the only place Roquefort cheese can be made. Photo AFP

Over time, cheese makers have learned to work with the fungus, cultivating it on different mediums such as rye bread, before introducing it to the cheese. This has allowed further refining of the taste, to what we expect today.

Today, Roquefort’s claim to the cheese is still fiercely protected.

Nationally, it is subject to appellation d’origine contrôlée certification.

Across Europe, naming rights are rigidly strict. Both the French certification, and EU legislation state that for a cheese to be considered ‘Roquefort’, it must be matured in the Combalou caves near the village, along with incredibly strict guidelines over ingredients and maturing times.

If you’re a cheese addict, or just interested in a real French speciality, the caves in which the cheeses are matured can be visited on a guided tour, and yes, there is most certainly a tasting at the end of it, along with the opportunity to take a few wheels home.

In times such as these, take heart, dear reader – perhaps all that is needed is a cracker smeared with the king of cheeses!

Find out more about the Roquefort Caves, which offer guided tours at Roquefort Société Caves or at 2 Avenue François Galtier, Roquefort-sur-Soulzon, 12250

Journalist and historian Mike Stuchbery is a regular commentator on French and European affairs. He can be found at @MikeStuchbery 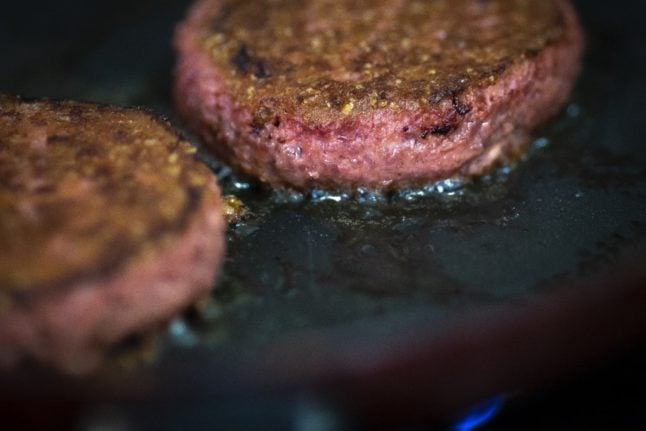