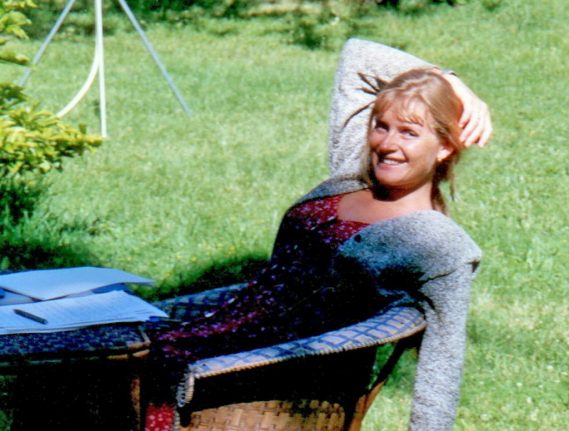 Sophie Toscan du Plantier was beaten to death in her holiday home in Ireland. Photo: AFP

Ian Bailey, a 62-year-old former freelance journalist, denies killing Sophie Toscan du Plantier on December 23 1996, and “will not be present, or represented” in court on Monday, his lawyers Dominique Tricaud and Franck Buttimer told reporters.

The Irish government has refused to extradite Bailey, who will therefore be judged in absentia.

The parents, son and other people close to the victim, will however be present for the trial. Ian Bailey will not be in France for the trial. Photo: AFP

Near her body was found a large rock and bloodstained concrete block.

Bailey has long lived in Ireland near the home where she was staying. He was twice arrested for questioning by Irish police but never charged.

“This case, even in the absence of the accused, will take place and the work of justice will be done,” said Marie Dose, a lawyer for the family

Despite the lack of Bailey's DNA at the scene of the crime, the British man soon became the main suspect, partly due to scratches on his arms and forehead which he attributed to dealing with a Christmas tree and cutting up a turkey for dinner.

French authorities issued warrants for Bailey's arrest in 2010 and 2016, but Dublin refused both requests, citing the lack of a reciprocal extradition deal between the two countries.

If found guilty Bailey could face a 30-year jail sentence and France could again seek his extradition which would then be “difficult to refuse”, said
Dose.

On the basis that Irish justice has found no case against Bailey, who these days sells pizzas in the southwest Ireland village of Schull where the murder occurred, his lawyers spoke of “a judicial error” in France, adding that their client had “already been condemned” there.

For the family's lawyer Dose, Bailey is staying away from the French court “because he is afraid of being sentenced and with good reason”.

The verdict in the case is expected to be handed down on Friday.