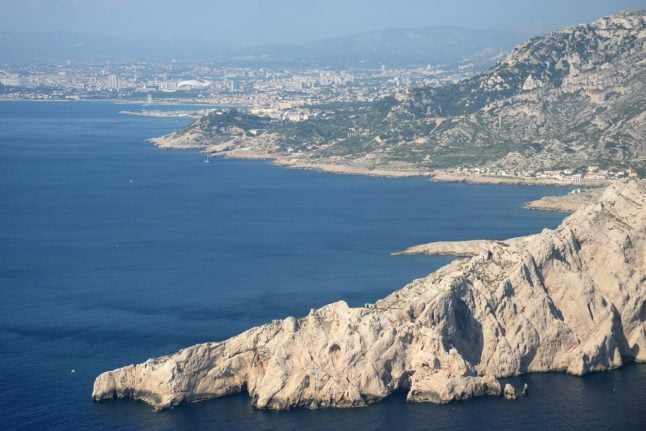 The Cathars were a religious group which developed in the 11th century mostly in the Languedoc region around Toulouse and Carcassone.

To flee persecution, they built castles in the most innacessible places, on rocky outcrops deep in the wild hills of northwest of Perpignan.

Driving to the dramatic castles of Aguilar, Peyrepetuse, Quéribus, Puilaurens or Montségur will take you across some breathtaking scenery virtually unchanged since the Cathars fled there centuries ago. The peaks of the Pyrenees

It is possible to cross all the way from the Mediterranean coast to the Atlantic coast through the Pyrenees. There is route all the way along the 900-kilometre drive from Cerbère south of Perpignan across the mountains to Hendaye in the Basque country.

It will take some time but every minute is worth it. You'll cross over 30 mountain peaks with stunning vistas all along the way. This coastal stretch in Brittany isn't called the “Côte d'Emeraude” (the Emerald Coast) for nothing. The sea, which turns a bright green colour along the craggy shore and the coast's vast beaches uncovered by some of Europe's biggest tides, are a feast for the eyes.

Take the road winding along the coast from the Pointe de Groin though the beautiful fortified town of Saint Malo to Dinard, stopping to savour the views and sea air (and if you feel like pursuing your trip, just drive on westwards towards Brest, you'll reach another beautiful coast, a pink one this time, called the “Côte de Granite Rose”). The volcanoes of the Auvergne

France boasts some live volcanoes, but hundreds of miles away on the Reunion Island. The mainland however, does possess dramatic remains of extinct volcanoes, some as old as 65 million years, in the hilly and wild Auvergne region in central France.

You'll see no less than 80 of them in this area around the town of Clermont-Ferrand. There are many small roads to chose from in this stunning landscape but you could start off from the Gour de Tazenat, which was once a volcanic lake, and drive to the renowned Puy de Dôme which rises to 1,465 m.

The views from the top over the volcanic landscape will take your breath away. The Alsace is famed for its wines and charming villages with church steeples peaking out from the vineyards. The 170-kilometre 'route des vins' – the wine route running from north to south around Colmar – weaves through these beautiful villages and towns and entrancing scenery.

This is a place to enjoy the slow life, take a leisurely drive, stop for picnics and pause at night in one of those pretty villages such as Kaysersberg, Obernai and Riquewihr to enjoy the region's famous wine and gastronomy. The Millau viaduct is a modern architectural masterpiece stretching over a vast valley in the central Aveyron region near the village of Millau (it's also a source of British pride as it was designed by UK architect Norman Foster).

Seeing it for the first time as it rises up majestically from the ground below is heart-stopping. You'll find it along the stunning and wild stretch of the A75 motorway between Clermond-Férrand and Béziers, which cuts across the mountainous Massif Central down to the warmer Mediterranean plains near Béziers. A feast for the eyes.

Ahh Provence…with its idyllic Meditteranean creeks, cicadas and honey-coloured light. You'll get all of this when you drive along the road running from Marseilles through the 'Parc National des Calanques' national park through the typical provencal village of Cassis with its famed 'calanques' – rocky creeks with turquoise water, to La Ciotat. Enjoy the views and be sure to bring a bathing suit and stop for a dip whenever you can. The Cap Corse in Corsica

Corsica is a jewel from top to bottom and driving across it is one of the most memorable and beautiful drives in France, if not the world. That makes selecting a particular route on the island over another is virtually impossible, but one of them sticks out.

Take the D80 around Bastia along the cap Corse, the finger-shaped piece of land at the northern tip of the island. It will take you along the coast through pretty ports, hilltop villages and magnificent scenery. If you have the time, take it, for this 700km journey through Europe's highest mountain chain from Lake Geneva all the way down to the Mediterranean. You cross through typical Alpine villages, beautiful mountain lakes and of course peaks where you'll feel that you're on top of the world.

The highest is the Iseran peak, standing at 2764 metres. Because of the altitude, this route is only possible between June and October before some of the roads close due to the snow.

The dramatic gorges of the Verdon in Provence are flanked by cliffs that can plunge down up as far as 750m to the turquoise Verdon river down below.

The water courses into the Lac de Sainte-Croix, a refereshing and favoured swimming spot for tourists in the summer. A number of routes take you around this stunning natural attraction, with many places to stop and admire the view.