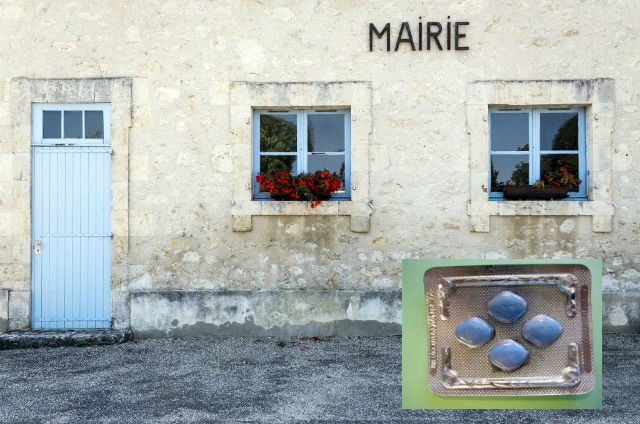 “A village without children is a village that dies,” Jean Debouzy, mayor of Montereau in the Loiret department south of Paris, told The Local.

So on May 16 he issued a municipal decree stating that “the mayor is favourable to the distribution of little blue pills.

“The pills will be distributed to couples between the ages of 18 and 40 in order to give them the chance of conception and thus preserve the schools of the two villages,” said the decree which also referred to a threatened school in a neighbouring village.

Mayor Debouzy said he had to take action as the dwindling number of kids in the village school meant that within a short time it could be closed or amalgamated with a school in another village.

The decree also said that the village council would consider offering one-off payments to any couples in the village who had a baby.

He even confessed that he did not in fact have a stock of pills ready to hand out.

“If needs be I’ll get the agreement of the council and we’ll get a stock in,” he said.

In France Viagra can only be obtained with a doctor’s prescription, so the legality of Debouzy’s promise is unclear.

He admitted that the move was to attract attention and to try and get help from on high to keep the school open.

The fate of provincial towns and villages is a hot political issue in France, with some voters in areas scarred by population decline and shrinking public services joining the “yellow vest” protest movement to call for action.

Local mayors have also taken tongue-in-cheek initiatives like that of the mayor of Montereau and his little blue pills.

For example, the mayor of Sainte-Geneviève-des-Bois, also in the Loiret department, recently issued a decree forbidding townsfolk to fall ill.

The aim was to highlight the lack of medical care in the area.