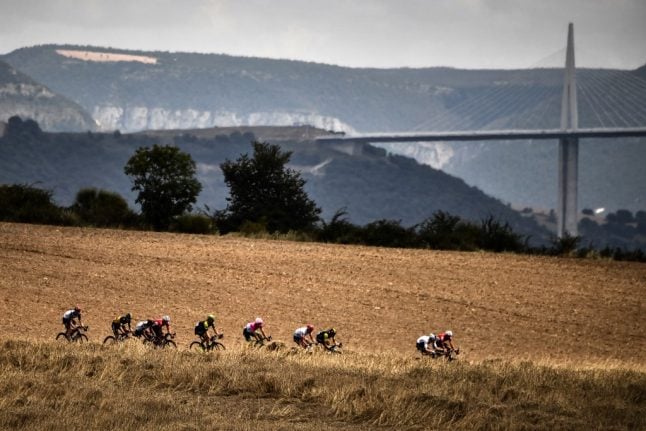 Which départements of France are the deadliest? Photo: AFP

The data looks at the number of deaths per 1,000 people in each of France's départements, with the numbers including all age groups and types of death.

But before you get too panicked about murderers lurking in the shadows, these deaths are largely natural and have more to do with population demographics than anything else. INSEE statisticien Marina Robin told Business Insider France: “If we look at the crude mortality rates, the departmental differences can be explained first of all by a different age structure between the departments: so the proportion of elderly people is higher in Creuse than in Paris, for example.”

However she added that some other factors were also in play, including “sometimes better living conditions, the proximity of hospitals or the poverty of the population”.

These are the 25 départements of France which have the highest rate of deaths per 1,000 inhabitants of the population. They are all significantly higher than the French average, which was 9.2 deaths per 1,000 people in 2018.

25. Vosges : 12 percent (or 12 deaths per 1,000 inhabitants) – the mountainous region in the east of France is largely rural and boasts of being the birthplace of Joan of Arc.

24. Lot-et-Garonne: 12.1 percent – with its gentle climate making it attractive to retirees, the south of France is heavily represented on this list and Lot-et-Garonne is just one of many southern départements making an appearance.

23. Manche: 12.1 percent – the coastal Manche département of Normandy includes Mont St Michel and France's horse-breeding centre at St Lo. The lush, green area is mainly agricultural.
22. Ariège: 12.2 percent – the mountainous part of the historic Languedoc region, Ariège contains the historic town of Foix and the famous ruined castle of Montsegur – rumoured to be site of the lost treasure hoard of the Knights Templar.
21. Charente: 12.2 percent – close to La Rochelle and Poitiers, Charente is a popular destination for Britons and had a large British community. It is also the home of Cognac and is where the popular apéro Pineau des Charentes is made. Hopefully the inhabitants are not drinking these to unhealthy levels.
20. Haute-Marne: 12.4 percent – the département in the north east of France is a former centre of industry, particularly metalwork. It is also where French wartime leader and president Charles de Gaulle lived out his retirement.
19. Aude: 12.5 percent – the southwestern region contains both the beautiful Medieval fortress of Carcassonne and the seaside town of Narbonne. It also lays claim to the invention of French classic terroir dish cassoulet at Castelnaudary. The UNESCO world heritage site of Carcassonne. Photo: AFP
18. Charente-Maritime: 12.5 percent – encompassing La Rochelle and the highly wealthy 'French Hamptons' Ile de Rey, this is also a popular retirement location for both British and French people.
17. Lozère: 12.5 percent – another southern region, Lozère is close to Montpellier and also includes part of the stunning Cévennes national park. It is particularly well known for its cheeses, which were praised by the Roman writer Pliny the Elder, who described Lozère cheeses as “excellent but short lived”.
16. Orne: 12.5 percent – this département in north west France, near Caen, has struggled with high unemployment and a declining population level. It is the home of Camembert cheese.
15. Aveyron: 12.6 percent – back in the south to Aveyron, which sits between Toulouse, Clermont-Ferrand and Montpellier. It is a popular destination for second homes – with around one in six homes in the region being classed as second homes.
14. Pyrénées-Orientales: 12.6 percent – nestled on the Spanish border, this region takes in Perpignan as well as – as the name suggests – a chunk of the Pyrenees mountains. Both Catalan and Occitan are widely spoken in the region, as well as French. Traditionally a poor and agricultural region, in recent times it has benefited from tourism.
13. Yonne: 12.6 percent – lying just south of Paris the Yonne département is both one of the most densely populated in France and one of the poorest.
12. Côtes-d'Armor: 12.8 percent – sitting in the far north west of France in Brittany, this département's unusual name comes from the Breton word for the sea – ar mor.
11. Hautes-Pyrénées: 12.8 percent – In the centre of the French-Spanish border, this region is mostly a national park popular with hikers and climbers.
10. Cher: 13.1 percent – centred around the pretty town of Bourges, Cher is in central France and has the unusual distinction of having 'France's Scottish town'. Chateau des Stuarts in Aubigny-sur-Nère can be traced to John Stuart of Darnley, a Stuart who came to France in 1419 to fight for Charles VII. The low wages in the agricultural industry mean it is often hard for rural areas to attract newcomers. Photo: AFP
9. Gers: 13.3 percent – a largely rural region near Toulouse, Gers also has a proud gastronomic tradition including being one of the largest producers of foie gras and the home of Armagnac.
8. Lot: 13.3 percent – centred around the stunning Medieval town of Cahors, this region is a major wine producer including the famous Chateauneuf-du-Pape (named after French Pope and Cahors native John XXII). It goes nicely with a slice of the local Rocamadour goat's cheese.
7. Allier: 13.4 percent – this central French region includes the spa town of Vichy, which is popular with invalids. The département has an elderly demographic ad has struggled to attract more younger people.
6. Corrèze: 13.4 percent – the central region lies near Limoges and is largely composed of the Limousin national park. It is the power base of former French president Francois Hollande, who was the local leader before being elected to the Elysées in 2012.
5. Dordogne: 13.6 percent – another favourite spot for British pensioners, the gentle climate makes it perfect for retirees. Proximity to Bordeaux makes for good wines, while the heavily duck-based Périgord cuisine is delicious.
4. Indre: 14.5 percent – close to Poitiers, the Indre region is largely agricultural. It is the former home of writer George Sand (known to her friends as Amantine-Lucile-Aurore Dupin) and her home in Nohant is now a museum. If you run in to one of these it won't increase your life expectancy. Photo: AFP
3. Cantal: 14.6 percent – in the mountainous southern Auvergne region, Cantal is the most sparsely populated and geographically isolated places in France. Like many largely rural areas it has struggled to attract newcomers to the region and now of the small population that does live there, many are elderly. The region's capital, Aurillac, is the furthest in France from a motorway.
2. Nièvre: 15.3 percent – in central France, Nièvre is also largely agricultural and has a population of just 33 people per square kilometre. A wine-producing region, it is the home of Pouilly-Fumé.
1. Creuse: 16.4 percent – positioned on the Massif central, Creuse has hot summers but harsh winters – with snow regularly falling as late as April. Steep and wooded, its industry is largely cattle and sheep farming. It's also home to wolves, with the Wolves of Gueret experience – where you can see wolves in their native environment – the highest rated Creuse tourist attraction on Tripadvisor. Maybe there is a connection between this and the high death rate?