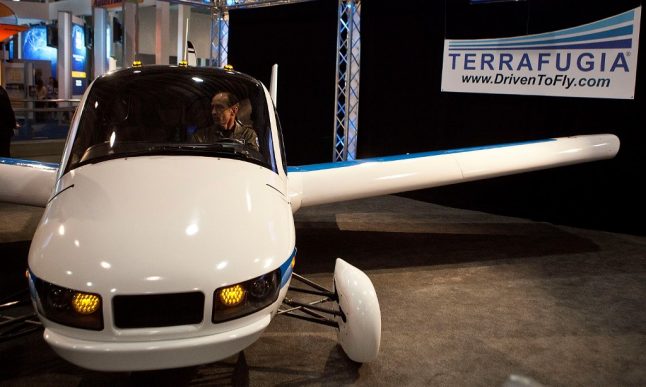 The firms will “explore the feasibility of urban air mobility services” in the French capital and the broader Ile de France region, they said in a statement.

“This is not science-fiction any more, It is fact. Today we have all the technical tools. But they have to be integrated into everyday life without jeopardising our priority, which is safety,” he added.

RATP is a good partner in such a project because of its knowledge of the associated needs and services,” said Faury. Chief executive Catherine Guillouard of RATP, which manages Paris' bus, train, and underground services, said mass transport remained the group's core business, but it also sought “to develop new modes of transport and new services for the smart city of the future”.

There have been several attempts around the world to develop flying cars, such as the Transition made by US firm Terrafugia and the AeroMobil, produced in Slovakia.

Both have taken years and a lot of money to develop, and are yet to go on sale.

“Flying cars are definitely coming within the next two to three years. The regulation is in place and authorities are actively supporting the innovation,” AeroMobil told AFP.

Levi Tillemann, author of the 2015 book: “The Great Race: The Global Quest For The Car Of The Future”, said safety was a major challenge.

“The only thing that really makes the idea of a flying car even remotely viable is a new generation of autonomous driving technologies that will reduce the likelihood of catastrophic failure.”

But he added that “from both a cost and energy consumption standpoint, ground-based transit generally makes more sense”.

There are at least 20 flying car projects underway, and the Uber ride-sharing company is looking into “flying taxis”.