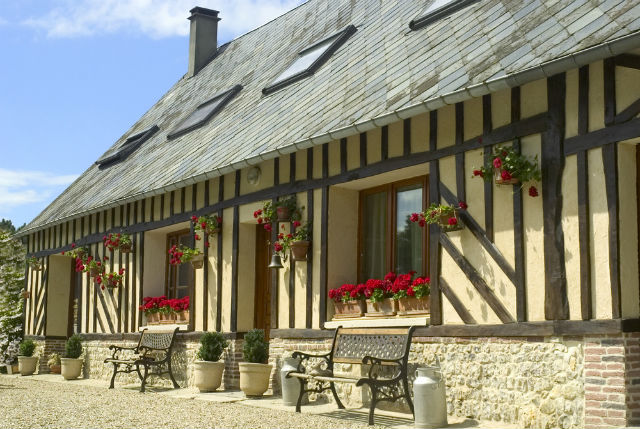 France has more second homes than any other European country, with 3.3 million second homes representing 10 percent of the country's housing stock.

That's four times more than Germany, and over the past five years, the buying of second homes in France has gone up 1.7 percent.

But where in France are people coughing up the most cash for their rural property?

Unsurprisingly, two of the most expensive places to buy your very own piece of rural France were in the sunny south. The Gard department in southern France, which is home to the city of Nimes, as well as many, many vineyards – something which is particularly appealing to foreigners – and the south eastern department of Vaucluse, were among the top three most expensive departments in the country.

Similarly, the third department making up the top three was Calvados, famed for its apple brandy, in Normandy, which is close to the French capital and is known for its stunning coastline.

Prices in the Calavdos department for average properties were €376,706 and for luxury apartments the average price was €864,919.

“The main motivation is pleasure,” property expert Xavier Boutiron told the French press, adding that the property market in France was “more about passion than reason”.

The survey also revealed that the French remain particularly attached to the Atlantic coast, with a 13 percent of homes in the north west region of Brittany, a figure well above the national average.
In the Breton department of Morbihan the price of average-sized properties was €315,230 while more luxurious dwellings were an average of €788,371. Photo: AFP
Meanwhile further down the west coast in the department of La Vendée, demand has shot up with sales increasing by 20 percent in just one year.
“This is all down to customers from the Loire Valley or the Paris region looking for a property that combines a desire to be surrounded by nature and quality of life,” said Benoit Brossier from property giant Foncia.
“Small towns like Challans [in La Vendée] are booming: you can find properties twenty minutes from the sea and all the services that make life easier,” he said.
However not everywhere was quite so eye-wateringly expensive.
The departments of Yonne and Nièvre in the less popular region of Bourgogne-Franche-Comté, and Aveyron in the south west of France all offered up more reasonably priced properties.
In Yonne, average-sized properties were available for €170,659, in Nièvre they were €137,021, and in Aveyron they were €176,328.
French words to know
Second homes – les résidences secondaires
Country house – une maison de campagne
Prices are shooting up – les prix s'envolent

PROPERTY
REVEALED: Where in Europe have house prices and rent costs increased the most?
Url copied to clipboard!