Eurostar issued a special warning ahead of the First World War commemorations in November 2018, but with just a month to go until memorial events for the D Day landings, there are fears that the problems could recur.
“As you're travelling during the commemoration period, please remember that you can't bring any real or replica bombs, shells (complete or partial) or weapons on board – even if you bought them from a gift shop,” Eurostar told passengers last year.
“If you bring them with you, they'll be confiscated at security and may result in the need to evacuate the station.”
Old World War I shells turned into flower pots have been popular souvenirs in Belgium and France ever since the end of the conflict, but passengers attempting to take them on board trains for Britain have sparked bomb scares in recent years.
Some of the alerts, which happen every few months, have also been caused by war memorabilia collectors bringing back disarmed ordnance unearthed by farmers at battle sites in northeast France.
Eurostar said even disarmed shells can set off X-ray alarms. 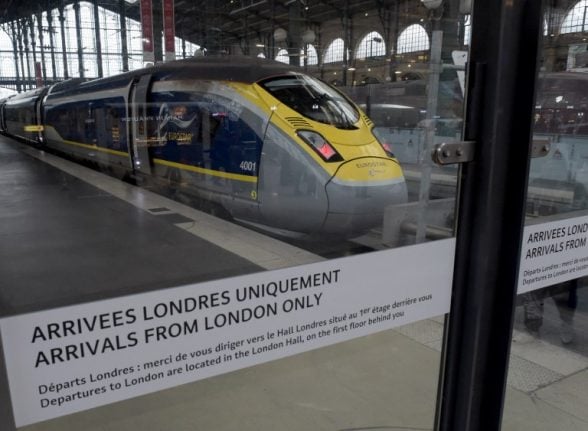 Eurostar was reporting delays of around 20 minutes on trains heading from Paris Gare du Nord to London St Pancras.

A message on the Eurostar website stated that delays were because: “Paris Nord station is exceptionally busy today.” Queue times at the station on Monday morning were between 30 and 45 minutes, with the situation described as “busy and slow” by Gare du Nord's stationmaster Lawrence.

Our Eurostar teams are here to help/advise when/where needed

Paris' Gare du Nord station has been the scene of long queues over the last eight weeks as French customs officers have staged a work-to-rule protest.

When the industrial action first began on March 4, passengers were reporting queues for passport control of up to six hours, and Eurostar was forced to issue advice for passengers only to travel from Paris if absolutely necessary.

Since then, delays have improved, but French customs unions say that their action is ongoing and they will continue to stage sporadic protests.

The customs officials are trying to press demands for higher pay and demonstrate what will happen if greater controls are put in place once Britain leaves the European Union, currently planned for later this month.

Instead of going on strike – meaning they would not work at all – the customs officers have been carrying out work-to-rule industrial action, which means that they only do what is required by the rules of their contract.

This entails that they precisely follow all safety and other regulations, which has resulted in lots of checks and questions which has slowed down the flow of passengers through terminals at Eurostar, Eurotunnel and the ports in Calais.

To find out more detail of delays, click here.