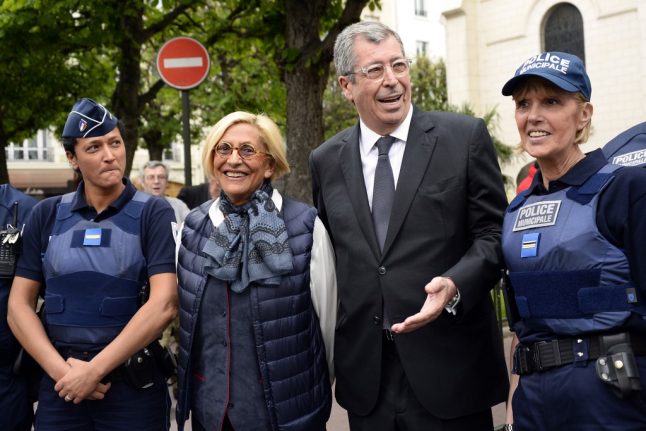 Who are the couple?

Patrick, 70, and Isabelle, 71, Balkany have dominated the political landscape in the wealthy Paris suburb of Levallois-Perret since the 1980s.

Patrick Balkany has repeatedly been re-elected Levallois's mayor after his first victory in 1983, with Isabelle as his deputy.

But almost as long-running as their political career have been the various scandals that they have been involved in. Patrick Balkany arriving at court on Monday. It is unclear if Isabelle will attend having been hospitalised earlier this month after a suicide attempt. Photo: AFP

So what's the latest?

Well the word latest might be a little misleading, as the current investigation has been going on since 2013.

They are accused of money laundering and hiding assets worth €13 million from the taxman from 2007 to 2014.

Specifically, investigators accuse them of hiding their ownership of the Pamplemousse villa on the Caribbean island of Saint-Martin, acquired by a company based in Liechtenstein via a Swiss trust in 1997.

Isabelle eventually admitted ownership, saying she had bought it with the proceeds of an inheritance.

The couple is also suspected of being the true owners of a vacation home in Marrakesh, Morocco.

The trial began on Monday and is expected to last around six weeks.

What started the latest case?

Back in 2013 a former political ally told a judge that he had deposited millions of euros in a Swiss bank account controlled by Patrick Balkany. It prompted a major financial probe into the couple's affairs, which was gradually widened out to include several others.

So other people are involved?

Oh yes, this is a family affair. Their son Alexandre has also been charged on suspicion that he signed fake rental contracts to hide his parents' ownership of the Moroccan property.

Patrick Balkany's business associate Jean-Pierry Aubry – in whose name the Morrocan villa was registered – is on trial along with lawyer Arnaud Claude.

There's also a Saudi Arabian businessman involved in all this. Mohamed Al Jaber is alleged to have paid the €2.75-million price tag for the villa while he was in talks over a huge real estate project he was leading in Levallois.

He has been charged with bribing Patrick Balkany.

The couple deny all the charges. If convicted, they could face up to 10 years in prison and be barred from holding public office.