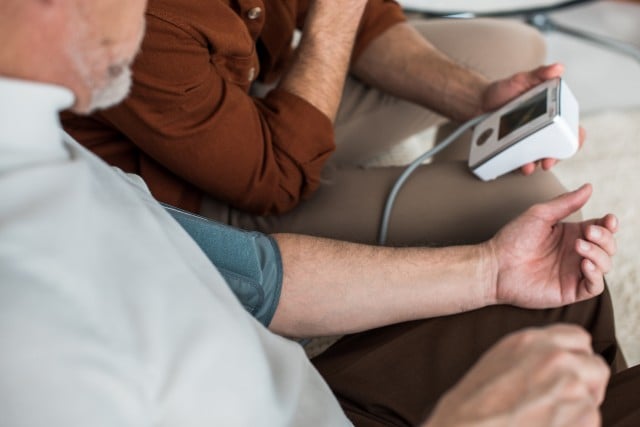 British pensioners are worried about their healthcare. Photo AllaSerebrina/Depositphotos

For John Shaw, 73, who lives in the Lot-et-Garonne region in southwest France, the problem raised by Britain's impending exit from the EU is simple: “It's a matter of life or death!”

Shaw is battling an aggressive case of prostate cancer and takes an anti-hormone drug whose price tag is twice that of his UK pension – and which isn't available in Britain.

His medication is currently covered by the French state under reciprocity agreements between EU member states, but if healthcare isn't covered by a citizens' rights deal when the new Brexit deadline expires on October 31st, he and thousands of other Britons could find their their out-of-pocket costs soaring.

“Our whole attitude towards life has changed because of uncertainty,” he says.

“We've been living in limbo for two-and-a-half years,” Shaw says in a back room at the Floc'n Tea cafe in the small town of Lauzun, which has become a rallying point for Britain's diaspora of pensioners in this picturesque corner of France.

Shaw also said the long wait to see a specialist was one reason he wouldn't go back to Britain, as well as the cost of treatment.

“In the UK, it is quite common for somebody referred to a cancer clinic to wait for up to 18 months before they get a consultation,” he said.

“Here it would normally happen within two-to-three weeks at the most.”

He said he pays €86 euros a month for top-up insurance that covers most of his treatment costs, including those only partially covered by French social security.

Some 600,000 retired Britons now live in countries across the EU, official estimates show, often with residency permits that allow them full coverage under local healthcare systems.

Maggie Morton, a 73-year-old who has lived in France for 20 years, said she had just undergone her third operation for knee and hip replacements, describing the treatment as “amazing”.

She thinks British officials are failing to appreciate what's at stake for average citizens.

“The problem is that the people who are at the top of the pile in government in the UK are not ordinary people,” she says at the Floc'n Tea.

“They have five-star treatment.”

Britain's National Health Service (NHS), which has faced a series of staffing and financing crises in recent years, could come under further strain after Brexit, experts warn.

“All forms of Brexit are bad for health,” the Lancet medical journal found in a report in February, which said a no-deal scenario would likely provoke acute shortages of staff and medicines within the NHS.

An estimated 60,000 EU nationals work in the NHS, representing about five percent of its staff of 1.2 million — but whether they will remain in Britain after Brexit is up in the air.

And that makes it even less likely that older Britons living in the EU would want to return home.

Wynne Edwards, 67, said his brother suffered a heart attack in March 2018 but it was months before he saw an expert, dying shortly after.

“He died on the 4th of December — he only saw a specialist at the end of October!” he told AFP.

Edwards, who moved to Lauzun in 2013, compared his brother's case with that of his wife, who recently became slightly paralysed in her leg.

Doctors immediately ordered an MRI scan exam and she then spent a month in hospital, something that wouldn't have happened so quickly in Britain, he believes.