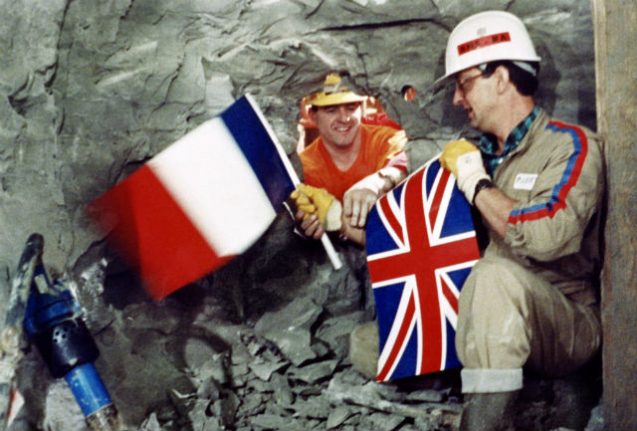 Engineers from the France and the UK meet in the middle of construction. Photo: STR / AFP
On May 6, 1994 Queen Elizabeth II and President Francois Mitterrand boarded the royal Rolls-Royce and took an undersea train to Britain — a 50.5-kilometre (30-mile) trip that inaugurated a tunnel two centuries in the making.
Followed by their spouses in a Citroen, their journey 100 metres (330 feet) underwater officially opened a route that has since been used by 430 million travellers and handles a quarter of the goods moved between Britain and Europe.
It was a feat of engineering that cost billions of euros but was beset by delays, challenges and surprises.
Dating back to Napoleon
Already in 1802 French mining engineer Albert Mathieu-Favier had submitted to Napoleon Bonaparte a plan for a tunnel under the English Channel to be used by horse-drawn carriages. A hundred or so other projects were hatched over the 19th century as an alternative to the sea crossing, including bridges and underground tubes.
In 1855 a proposal by Frenchman Aime Thome de Gamond won the approval of Queen Victoria and Napoleon III: a train in a bored rail tunnel. British mine owner and engineer William Low solved the tricky question of ventilation.
Nearly two kilometres were drilled between 1878 and 1883, when work was halted. Britain — apparently wary of risks to its national defence — cited “strategic reasons”.
The project would be revived 75 years and two world wars later. In 1957 the Channel Tunnel Study Group was formed to research the project. Around a decade later the two governments took the decision to build.
Work got under way in 1973 and some 300 metres were dug out on the French side at Sangatte and 400 metres near Dover on the British side. But two years later Britain's then prime minister Harold Wilson halted construction for budgetary reasons.
Bridge or tunnel?
After Margaret Thatcher took power in Britain in 1979 and Mitterrand in France two years later, the project to cross the Channel gained new impetus. A group of Franco-British experts presented four options: a rail-road bridge; a rail-road bridge-tunnel; a rail-road tunnel; or a rail tunnel.
Most Britons followed Thatcher's preference for a road link while the French were keener on the rail option. It was a plan for a double undersea rail tunnel that got the final nod and the “Eurotunnel” was confirmed in a Franco-British agreement signed at Canterbury in February 1986.
Breaking through
Europe's biggest construction site involved up to 15,000 people with about 4,100 workers on the French side and nearly double the number in Britain.  AFP stories tracked the tunnel's progress, a rate of “500 metres a month”,
as well as the delays, strikes and technical problems — and, eventually, a countdown of the final kilometres.
Then, on December 1, 1990 at precisely 12:12 pm, workers from each side drilled through the final wall of rock separating their respective tunnels and joined up.
An AFP photograph shows the two helmeted men, each holding their national flags, making contact through the opening in the blue-black chalk. Construction wrapped up in December 1993, the six years of work claiming the lives of nine workers, seven of them British.
Queen and president
“Throughout this century, throughout the most difficult tests, the joining of French elan and British practicality has been marvellous,” Queen Elizabeth II said in French at a ceremony in the French town of Coquelles on May 6, 1994 to inaugurate the tunnel.
“We now have, Madame, a land border,” said Mitterrand. The project would be “decisive” in strengthening the  European union and the single European market, he said.
After cutting a red, white and blue ribbon of Calais lace, the queen and president boarded her claret Rolls-Royce which — due to its large size — was loaded onto a shuttle designed for buses and caravans for the subsea crossing to the terminal on the British side in Cheriton, Kent.
Following behind in a car once owned by the late French president Charles de Gaulle were Mitterrand's wife Danielle and the Duke of Edinburgh.
During the 25-minute crossing, officials and journalists left their vehicles to mingle in the train and share their impressions, with then prime minister John Major joking that Britain was “still an island”, AFP reported.
Six months later the first members of the public would make the journey. 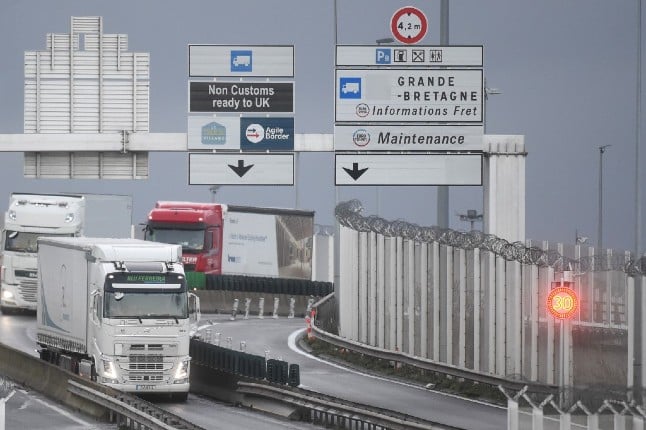 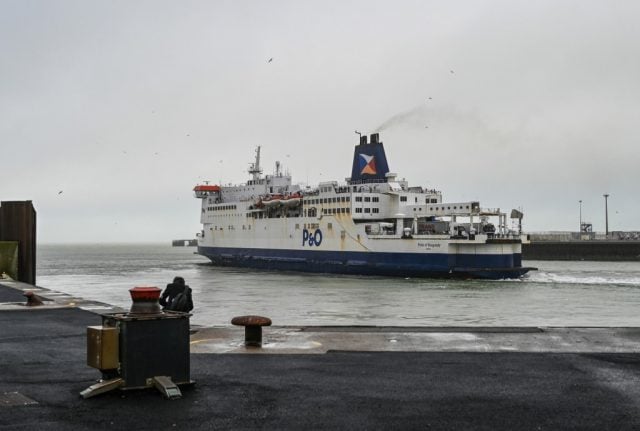 The northern French port of Calais, a hub for cross-Channel trade and travel, was shut Thursday by striking workers who want higher pay to deal with Brexit-realted complications and coronavirus rules.

The strike began at 8am and is set to last for 24 hours.

“As the largest passenger port in continental Europe, the port of Calais is simultaneously facing the Covid-19 crisis, Brexit and the migration crisis,” the sector branch of the FO union said.

Port workers fear a drastic increase in paperwork and waiting times when Britain formally leaves the EU trading bloc later this year, especially if there is no deal on the terms of the exit.

The coronavirus crisis might also lead to a greater work load due to health checks and quarantine regulations.

In addition, the FO pointed out that a planned extension of the port next year would raise traffic by some 30 percent.

Anyone travelling by ferry to northern France on Friday was advised to check with the ferry company before heading to the port, and several services urged their customers to find alternative means of transportation or postpone their trips.

No ferries were operating, with vessels of the DFDS and P&O companies either blocked in Calais or across the Channel in the English port of Dover.

DFDS UK also advised its customers to postpone their trip if possible.

#PODOVER/#POCALAIS – Industrial action by French Unions has started from 24thSep08:00 CET for 24 hrs. Services have been suspended. In light of this, if you wish to postpone your trip, amend via your online account or our amendment form: https://t.co/L2gmBMqmFX

P&O Ferries suspended its services as well and advised customers to postpone their trips while trying to transfer some of them towards other providers, “this is solely dependent on there being space available,” they wrote on Twitter. 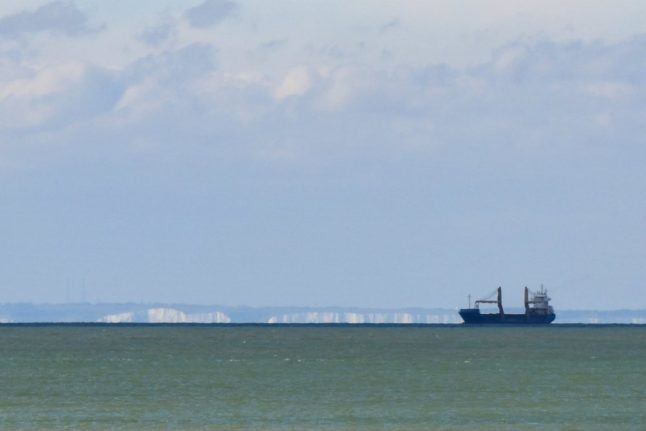 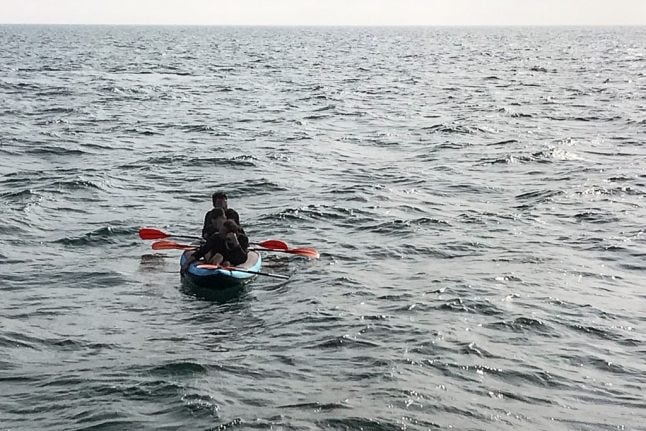