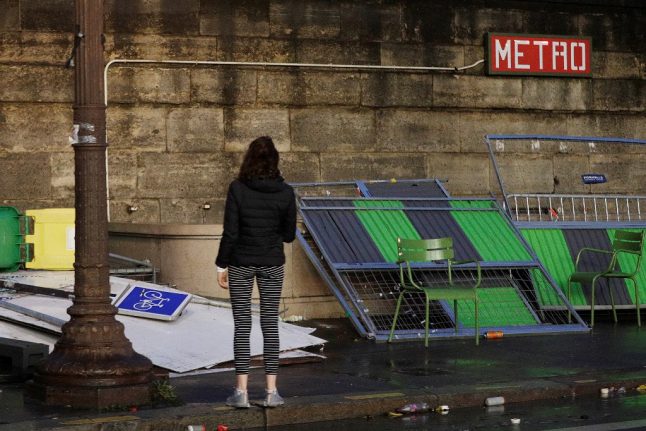 Paris transport authorities will reduce the number of services on its metro and train network on Wednesday 1st in anticipation of what they expect will be day of considerable unrest in the capital.

The government is bracing for a repeat of last year's May 1st violence, when authorities were caught off guard by some 1,200 trouble-makers who ran amok in the capital, vandalising businesses and clashing with police.

As a result, the RATP will close the following Paris metro stations from 7am:

SEE ALSO: More than 7,000 police to be on duty in Paris for May 1st protests Services will also be interrupted from 7am on Line 6 , between Trocadero and Charles de Gaulle-Etoile and then from midday between Montparnasse and place d'Italie.

There will also be delays on Line 8 from 7am between La Motte-Picquet-Grenelle and Richelieu Drouot.

The network is expected to resume all its services by 7pm.

SEE ALSO: Yellow vests, Black Bloc and trade unions: What to expect from the protests in France on May 1st