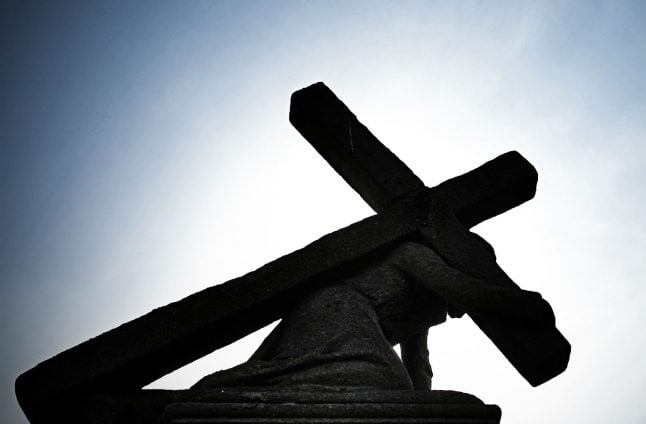 A cross on a church in Hesse. Photo: DPA

The big-budget media investigation, “Sex Slaves in the Catholic Church”, was broadcast in March and has been sold widely internationally since.

Its broadcast came weeks after Pope Francis admitted that some rogue priests had used nuns as “sexual slaves” and that the Vatican had to dissolve a French order because its founder was preying on its sisters.

The Vatican's women's magazine, Women Church World, also reported that some nuns had been forced into having abortions.

Arte told AFP Tuesday that it was forced to pull the documentary from its replay site earlier this month after a press tribunal in Hamburg slapped a temporary injunction on the film following a complaint from a priest.

The tribunal told AFP the priest complained that, while he was not shown in the documentary, he was “recognizable” from an interview given by a nun.

In the interview, the nun “gave the impression that the priest had forced a nun into sex against her will”.

The priest was not identified in publication of the complaint. The channel said it was challenging the decision.

The film has been the most-watched documentary of the year so far on the French arm of the channel, seen by 1.5 million people live and a further 1.7 million on replay.

The film was made over three years by French director Marie-Pierre Raimbault and investigative journalist Eric Quintin, who collected the testimony of nuns whose allegations had been ignored or hidden by the hierarchy across four continents.