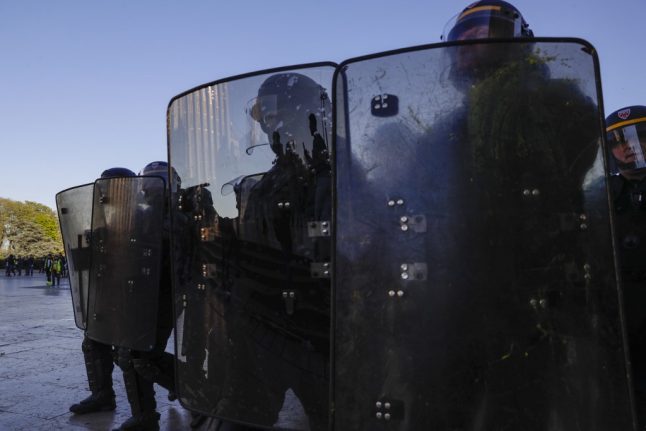 The government is bracing for a repeat of last year's May 1st violence, when the government was caught off guard by some 1,200 trouble-makers who ran amok in the capital, vandalising businesses and clashing with police. Castaner said the authorities had found several groups on social media urging protesters to turn Paris into “the capital of rioting” on Wednesday.

“Based on the information we have, 1,000 to 2,000 radical activists, potentially reinforced by individuals coming from abroad, could try to spread lawlessness and violence,” he told a press conference.

Nearly 200 motorcycle units will be deployed across the capital to respond quickly to flare-ups of violence, and drones will be used to track protesters' movements.

Castaner said police would also avail themselves of a new law allowing pre-emptive searches of anyone planning to march, saying a handful of individuals had already been detained on Tuesday.

One man was found with a backpack containing “an extendable truncheon, a switchblade and protective gloves,” Castaner said.

French security forces have already been on high alert for nearly six months over the weekly “yellow vest” demonstrations that have often spiralled into rioting and running battles with police.

Many of the violent protesters are anti-capitalist youths dressed in black and wearing face masks, often called “black blocs”.

Adding to the risks, police worry that yellow vests may turn out for the traditional May Day march for workers' rights.

Though so far, union leaders have been eclipsed by the grass-roots movement, many of whose leaders have rejected calls to make common cause to secure improved living conditions and spending power.