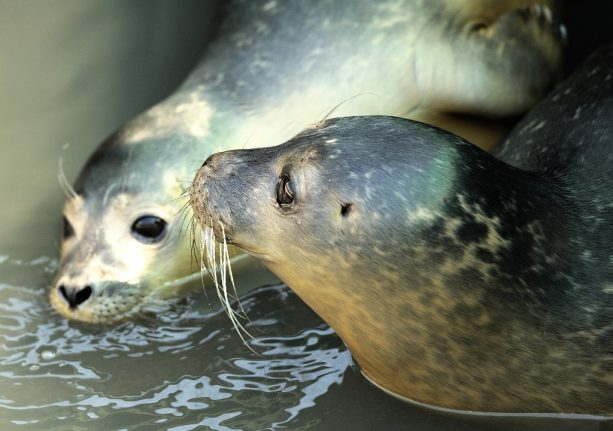 A local environmental group reportedly found a dead seal with bullet wounds on Sunday at Le Touquet beach in Montreuil, in the Pas-de-Calais department of northern France.

Activists also found the body of a seal pup a few metres away, “cut open on its back and on one of its flippers”, local daily La Voix du Nord reported.

Both animals were autopsied at Liege University, revealing that “the first seal received eight large-diameter rifle pellets to the thorax and especially violent blows to the neck. The second died of asphyxiation, probably as a result of being caught in fishing gear”.

The news from Montreuil-Sur-Mer follows a recent spate of macabre killings at a beach in Concarneu, in Brittany’s Finistère department, where numerous decapitated seals have been found in April.

“We were first contacted in mid-February by harbour authorities who informed us that the head of a seal was hanging from a rope at the end of the dike, displayed almost like a trophy”, animal rights group NCO Gautier Paris told Le Parisien.

Forensic analysis on several of the decapitated bodies pointed to a “fisherman’s knife” as the most likely murder weapon. French NGO Sea Shepherd is offering €10,000 to whoever can help identify the culprit(s).

Although nobody has been accountable yet for the killings, The Local France reported on a spate of seal murders in 2018, in which local fishermen were also suspected of carrying out the barbaric acts.

Their prime suspects back then were a group of fishermen who’d set up an anti-seal collective, due to the fact that the seals deplete the local fish resources.

“This anti-seal collective may or may not be directly responsible for poaching, but it is certain that it is responsible for a climate of hatred and resentment towards these animals,” regional head of Sea Shepherd, Lamya Essemlali told French radio channel Europe 1 at the time.

Other animal right activists have also preferred not to paint the whole region’s community with the same brush.

“They’re a protected species, very present on our shores and appreciated by all.

“They’re also predatory animals that feed on many fish and have their hunting areas.”

Killing seals is a criminal offense in France that can range from a € 3,750 fine to two years in prison and a €150,000 penalty for those found guilty.