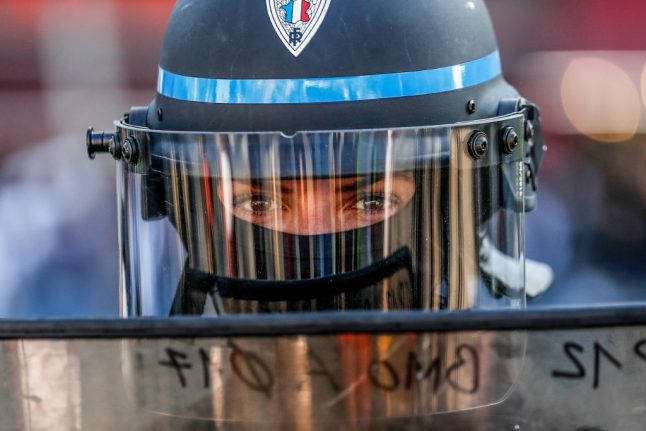 The “yellow vest” protesters took to the streets of Paris Saturday for the 23rd weekend to protest against the policies of President Emmanuel Macron, again clashing with police in a tense standoff.

But French politicians and police unions angrily condemned some demonstrators who chanted “commit suicide, commit suicide!” at the police forces on Saturday.

France's national police force has been troubled by a worrying increase in suicides within its numbers this year, with 28 officers taking their lives so far in 2019. In 2018 as a whole, 35 police committed suicide nationwide.

“Shame on those who have given into such ignominy,” Interior Minister Christophe Castaner wrote on Twitter above a video of protesters chanting the slogan.

Paris prosecutors have now opened a probe into “contempt of a person carrying out public authority at a meeting,” a judicial source told AFP, confirming an earlier report by French radio station RTL. “We have reached a convulsion of hatred. These words are intolerable and unacceptable,” said Frederic Lagache, the director of Alliance, the main police union in France.

“It is an insult to all the police who have died, to their families and to the institution as a whole,” he told AFP.

French police have been in the frontline seeking to control the yellow vest protest movement, which erupted late last year in the biggest crisis of the Macron presidency so far.

Even before the incident at Saturday's protest, suicides of police was becoming a major talking point in France.

National police chief Eric Morvan raised the issue in a letter to France's 150,000 police, acknowledging there had been a “dramatic sequence” of suicides among police in recent days.

He said suicide was something that “needs to be talked about, without fear of being judged”.

Morvan added: “the human responsibility that someone has in taking this terrible decision does not exonerate us from ours.”

Police union activists have complained that French officers are being put under huge stress by the pressure of having to work every weekend at the protests.

On Thursday alone, two police took their own lives.

A policeman shot himself at home with his service weapon in Villejuif outside Paris while a female police captain shot herself in the heart in her office in Montpellier.

The death of the police captain, a mother of two children, provoked a wave of grief in Montpellier where hundreds of police held a minute of silence outside police headquarters on Friday.