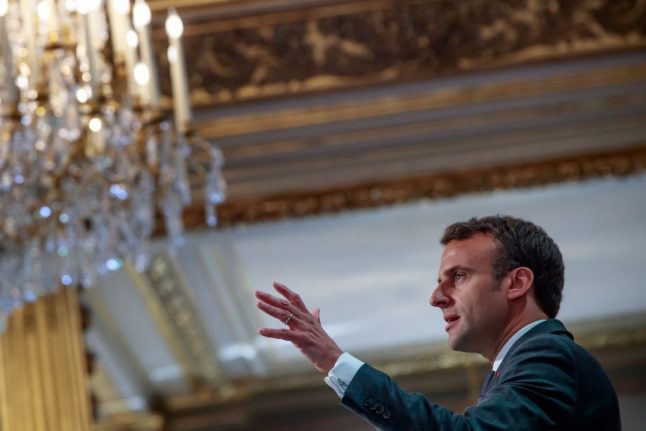 According to the Ifop poll for the Journal du Dimanche just 29 percent of people polled said they are satisfied with the job Macron is doing, with 69 percent dissatisfied.

This April reading was unchanged from the last poll in March, the newspaper said.

The poll, carried out up until April 20, was published at the end of a dramatic week for Macron which saw him address the nation over the damage to the Notre-Dame cathedral in Monday's devastating fire.

The president vowed to rebuild the Paris landmark in just five years, a target some observers see as over ambitious.

The fire also prompted him to shelve a speech planed for Monday outlining his response to the “yellow vest” protests against social inequality that have shaken his young presidency.

With tax cuts and other major reforms expected to be announced, Macron is to hold the first ever formal press conference of his presidency on Thursday.

“Public opinion is in a major waiting position ahead of the presidential announcements,” said Frederic Dabi, deputy director general of Ifop.

Other weekend polls made even less welcome reading for Macron, with an Opionway poll published Saturday saying that just 27 percent of French were satisfied with his work, the weakest reading of his presidency.

But a BVA poll published Friday showed his popularity had ticked up three points to 32 percent.

Macron enjoyed sky-high approval ratings of over 60 percent after coming to power in 2017 on the back of hopes of implementing major reform in France.

But his popularity collapsed with the yellow vest movement taking more of the momentum out of the presidency. Thursday's big press conference is seen as Macron's chance to regain the initiative.

He is nonetheless still better liked than his predecessor Francois Hollande, who left office with a popularity rating of just 18 percent according to Ifop.