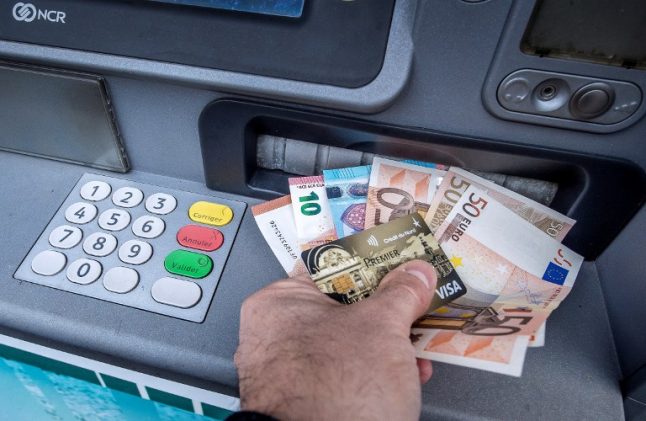 French households will have more to spend this year. Photo: AFP

A combination of wage increases, low inflation and civil unrest has seen a significant projected boost in spending power, according to a study by the French Economic Observatory (OFCE)

The average of €850 projected increase in spending power – basically spare money in your pocket once your taxes have been paid – for 2019 is the largest since 2007, the study showed.

Although certain households will benefit much less than €850 and others in France will feel a bigger boost to the spending power.

And yes, the yellow vest protesters have played their part.

According to the OFCE €440 of the rise in spending power is due to the emergency fiscal measures President Emmanuel Macron announced at the end of last year in a bid to stem the growing violence at the weekly yellow vest protests.

Those measures included a hike in the minimum wage, one-off end of year bonuses for workers, tax cuts for those earning overtime wages and cuts in the tax bills for pensioners.

The report's authors put the rest of the increase down to three other factors.

The first was an increase in wages. On average, wages in France have increased by 2.6 percent over the last year, leaving workers with a little more in their pay packets.

The increase is coupled with a low rate of inflation so the extra money in wages hasn't been swallowed up by inflation.

“Real salaries, meaning the amount once inflation has been taken into account, have risen by 1.5 percent this year compared to 0.3 percent last year,” said Les Echos newspaper. The 'yellow vests' have increased people's spending power, but probably not in the way that they'd hoped. Photo: AFP

The yellow vests also played their role in the third factor that has resulted in increased spending power.

The increasing unrest and violence, coupled with strict police crackdowns, have meant that consumer spending has fallen sharply on Saturdays – traditionally the busiest day of the week for spending on items such as clothes, haircuts and meals out.

The report stated that in the last quarter of 2018, French savings increased by 0.9 percent, a surplus that could be carried forward this year to household consumption.