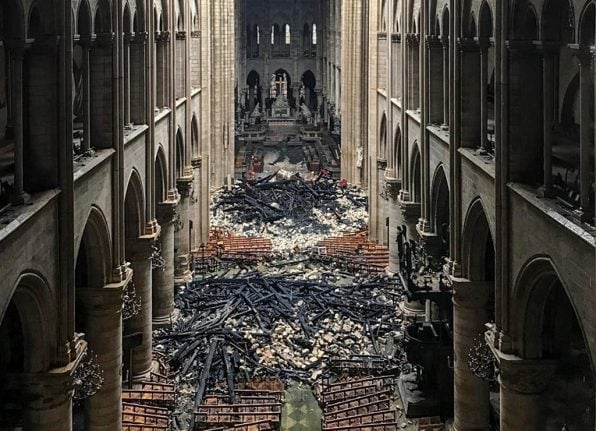 Is it is not clear whether Notre-Dame's insurance will cover the damage. Photo: AFP

Who owns Notre-Dame and is it insured?

The French state owns the building and is its own insurer, and thus bears the entire risk.

“It doesn't use an insurance company … which is the case with a certain number of chateaux, it is a choice,” said Dominique de la Fouchardiere, head of the SLA Verspieren firm, a specialist in insuring historical monuments and chateaux.

Although the state owns the building, it is theoretically the archdioceses of Paris who is responsible for insuring the interior.

Contacted by AFP, the archdioceses of Paris did not immediately respond about the insurance coverage of the artworks and objects in the interior of the cathedral. How will the insurance be brought into play?

Most likely with the determination of the origin of the fire and if one of the firms working on the cathedral is determined to have been responsible.

“There is a major risk that in this case it will go to court given the importance of what is at stake and the determination of responsibility is complex,” said Nicolas Kaddeche at Hiscox, a specialist insurer for artworks.

With a number of different firms working on construction and renovation projects, he said it can be difficult proving who is ultimately responsible.

What kind of payout is likely?

If responsibility for the outbreak of the fire is not assigned to one of the firms working on renovating the cathedral, then the French state will be on the hook.

Thus the €700 million in private donations already pledged will be important.

However, if one of the firms working on the cathedral is determined to have been responsible, the insurance company is liable up to the amount of the policy taken out.

How are the value of the building and artworks determined?

SLA Verspieren's de la Fouchardiere said that insurers try to evaluate the value of many of the features of national monuments, but “you can end up with an inestimable value”.

He also noted that insurance companies base their policies on estimates of the real value of a property, which should be near the cost of reconstruction, and not market value.

Concerning artworks, Kaddeche said that various levels of coverage are possible, from covering only repair costs all the way to replacement

The Swiss reinsurance firm Swiss Re told AFP that “works of art and relics are generally not insured as it is often impossible to estimate their value”.