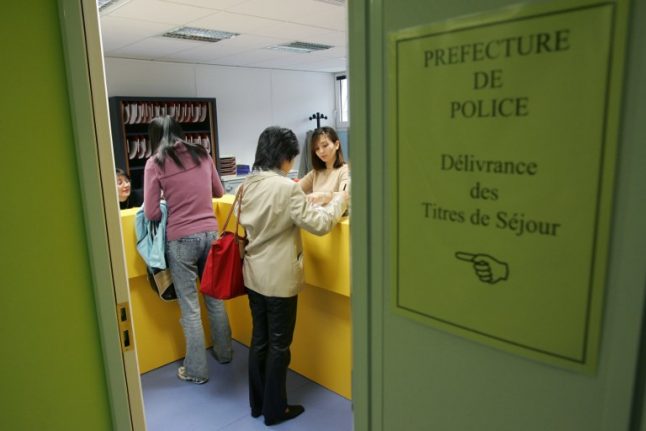 What can you do if your application for residency is turned down? Photo: AFP

Emma and James Lawrence and their two children have been living in the Languedoc region of France since September 2016, but their application for a carte de sejour was turned down as neither of them are earning the minimum amount, and now they have been sent an official notice giving them 30 days to leave the country.

Their experience reflects a common problem for many British people in France – particularly retirees or the semi-retired – who are often living on very low incomes.

One of the conditions for legal residency in France (and anyone applying for a carte de sejour must prove that they are already legally resident in the country) is that the person has sufficient resources so that they will not be burden on the French state.

As this is calculated on income (which can include a pension) those who have very low incomes or who are living on savings are liable to be turned down.

Emma and her husband both plan to set up and develop businesses in France, but are currently concentrating on childcare, looking for a house to buy and learning French.

Emma said: “We weren't worried because we had savings that we were living off and the cost of living down here is so cheap that we were fine financially.

“We thought that the carte de sejour application would include our savings in our financial information but it seems very unclear as to whether savings count or not.”

The family's carte de sejour application was turned down and, although they have appealed to the British Embassy for help, they have been given a formal notice period of 30 days to leave the country.

The Local has also been contacted by many readers who are too afraid to apply for the carte de sejour, for fear they might be turned down over income requirements.

Kalba Meadows from Citizens Rights' group Remain in France Together told The Local the only advice they culd give to anyone who has been rejected was to contact a lawyer.

“We don't and can't get involved in giving individual specific advice on whether someone is legally resident or not – that's immigration advice and is for a lawyer.

“For a refusal with an OQTF we'd always advise someone to see an avocat who specialises in immigration.”

Remain in France Together has recently released a 'reality check' for British people living in France after becoming concerned that many people were not aware of the requirements for legal residency in France.

Kalba Meadows from RIFT said: “As we all now face up to a six month extension to Brexit day, there is a little breathing space for anyone who finds themselves worried by this article to take a long hard look at your situation, then sit down and have a hard think about what you might do about it.

“But there is no other way of putting it than this: the tough news is that sometimes a lifestyle choice is incompatible with being legally resident in another country.”

RIFT has also put together some advice for people who have been turned down.

If you have been turned down for a carte de sejour there are three routes you can take for an appeal.

The first one is to appeal directly to the préfecture – known as a recours gracieux.

This is an appeal direct to the préfet, asking him or her to reconsider the decision, as you believe the decision is incorrect.

If you believe the decision is incorrect you need to provide reasons – such as extra evidence or a breach of the rules – you cannot simply say that you believe you should get a carte de sejour.

Advice group SOLVIT – a service run by the European Commission to help EU citizens get their rights – has produced a draft letter which can be used as the template for a recours gracieux. The template can be found here.

You can also make a recours hierarchique – which is an appeal to the Interior Minister saying that you believe you local préfecture made an incorrect decision.

Again, you must provide details on why you believe the application was incorrect, based on the current rules. It is not enough to simply say that you believe the rules are unfair.

Here is a draft letter from SOLVIT that can be used to make this appeal.

Both of the two above types of appeal can be done directly, and do not require a lawyer.

However, they cannot be used if you have already received notice to quit the country.

The Obligation de Quitter la Territoire Francais is a formal letter informing the applicant that they have 30 days to leave the country or be subject to deportation.

This letter is not sent automatically to everyone whose application is turned down, but only after a complete examination of your circumstances, including your state of health, your age, how long you've been in France, your ties with France, your family situation and so on.

If you have received the OQFT you only have one option left – a recours contentieux, which can only be lodged by a specialist immigration lawyer.

The recours contentieux is probably the most effective way to contest a decision, but it involves instructing a lawyer, so it will cost you.

It also must be filed within two months of an application being refused, so there is a ticking clock element.

Although a lawyer is not required for the first two procedures, it may be helpful to consultant one anyway – choose an immigration specialist.