Make sure all your paperwork is in order before your carte de sejour interview. Photo AFP
The Local
[email protected]
@thelocalfrance


You're living in France and you've been here for a while - that means you're legally resident, right? Wrong. Kalba Meadows from citizens advice group France Rights explains why residency is more than simply being here.

As British people in France apply for residency it’s crucial to understand exactly what being ‘legally resident’ in the country means.

After four years of Brexit shenanigans, British people have got used to the idea that after Brexit they will have to apply to remain a resident in France.

But what is coming as a shock to many is the requirements for legal residency, which means that many people already living here – in some cases for many years – are not actually legally resident.

The Withdrawal Agreement gives guarantees to British people already here that after Brexit they can stay in the country, they are entitled to healthcare and their pensions will continue to be uprated, among other things. But this only applies to people are legally resident in the country. 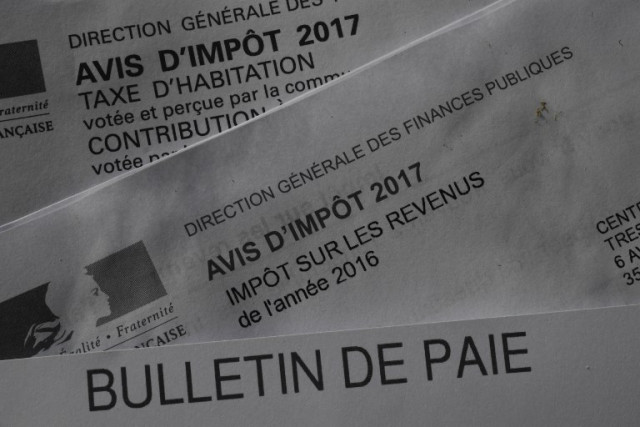 Proving legal residency is likely to involve a lot of paperwork. Photo: AFP

After realising that many British people living in France are ignorant of the requirements for legal residency, Kalba Meadows from citizens advice group France Rights has put together the following guidelines:

3. You must meet these conditions for five years. At that point, if you have met them for that period, you become eligible for permanent residence, which is condition free going forward.

4. In every EU country except France and the UK, EU citizens moving there to live must demonstrate that they meet these conditions in order to get a compulsory registration card. France is NOT discriminating against you when you are asked to prove your legal residence when you apply for a carte de séjour. They are legally required to do so by an EU Directive.

5. You may move to France as an EU citizen to work, be self-employed, study, or if none of these you must show that you are self-sufficient and are not likely to be or become a burden on France’s social security system.

7. Those working have to show that their work is ‘genuine and effective, and not marginal or ancillary’. Préfectures will look at income to determine this, but they will consider other factors too and will use their discretion.

READ ALSO Is my work ‘genuine and effective’ enough for me to stay in France?

8.  If you are not working and your resources are below the guideline figures by more than just a few euros, you may have some serious thinking to do and some choices to make. This is especially the case if your resources have always been below the guideline figures since you arrived in France, as this means that you have never been legally resident and cannot receive a carte de séjour. This is crucial, because after October 1st every British resident will need to hold one.

9. If you are self-employed and your derived income is very low, you may also not be deemed to be legally resident.

10.  If you fall into paragraphs 8 or 9 you may need to have a long hard think about what you can do: for example, how could you increase your income for the five year period required? This might include working, registering as a jobseeker, setting up a (genuine) business, letting some rooms in your home, or even asking for a regular allowance from family.

11. If you don’t meet, have never met, and can’t meet the conditions for legal residence it’s possible that you may not be permitted to stay in France. In total 3,367 orders to leave France were issued to EU citizens in 2017 because of failure to meet the legal residence conditions.

She added: “There is no other way of putting it than this: the tough news is that sometimes a lifestyle choice is incompatible with being legally resident in another country.”