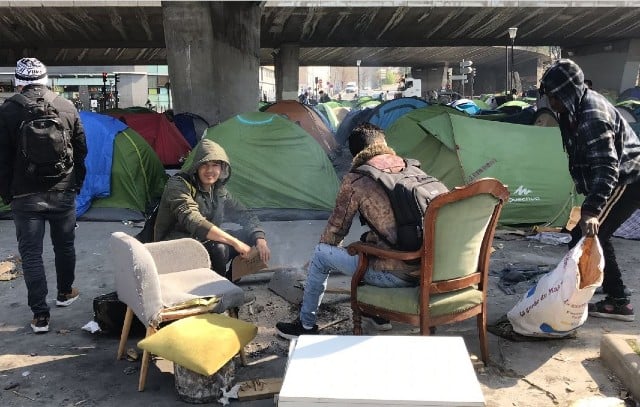 The migrant camps at the gates of Paris. All photos: Rory Mulholland

More than 16,000 people are estimated to be living in 497 informal settlements in France, including shanty areas and makeshift groups of tents.

One third are located in Greater Paris and there is also a heavy concentration of rough sleepers around Calais – many of whom were evicted from the notorious 'jungle' camp in 2016.


An Ethiopian man and his young child at the Porte d'Aubervilliers camp. Photo: Rory Mulholland

Last month The Local revealed the appalling conditions in the migrant camps that have sprung up on the outskirts of Paris.

Our reporter found hundreds of migrants from war-torn or impoverished countries living in appalling conditions in the Porte de la Chapelle area, waiting for their next appointment with the migration authorities, who after an initial meeting send them away to fend for themselves for months on end.

In the neighbouring Porte d'Aubervillers around 200 people – including many women and children – camp out on the streets.


Migrants camp under the busy Paris ringroad, largely unseen by the thousands of drivers who pass each day. Photo: Rory Mulholland

The migrants had been living in the trendy Canal Saint-Martin area but were cleared out and pushed to the outskirts of Paris where – many believe – they are seen as 'out of sight and out of mind' by the French authorities.

Leilani Farha, the UN’s special rapporteur for housing, highlighted the “harsh conditions” of migrants sleeping rough in France, particularly the 600-700 people sheltering in tents or makeshift camps on the northern French coast with “extremely limited access to emergency shelter”.

Farha, who has analysed housing conditions across France, said: “The government of France must prohibit the repeated and systematic evictions of persons living in tents and informal settlements resulting in inhuman or degrading treatment.”

She told UK newspaper the Guardian that she also had “urgent concerns” for people living in harsh conditions in squats and informal settlements across France, including refugees, migrants, Roma and Travellers.

She added that she had visited one empty office building in Toulouse inhabited by almost 300 people, including children, which was severely overcrowded, with insects everywhere and a sanitation system which was overwhelmed and flooding. 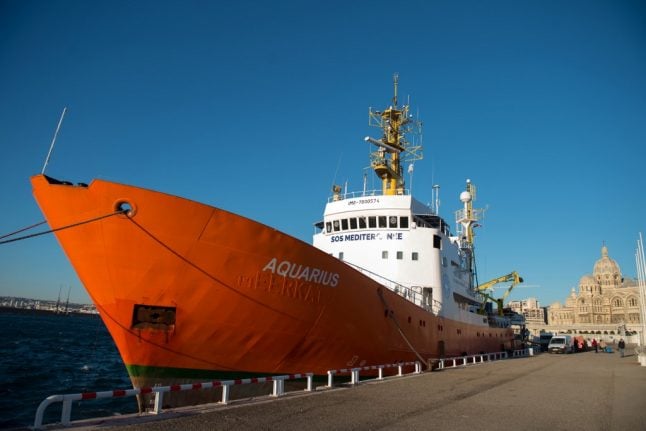 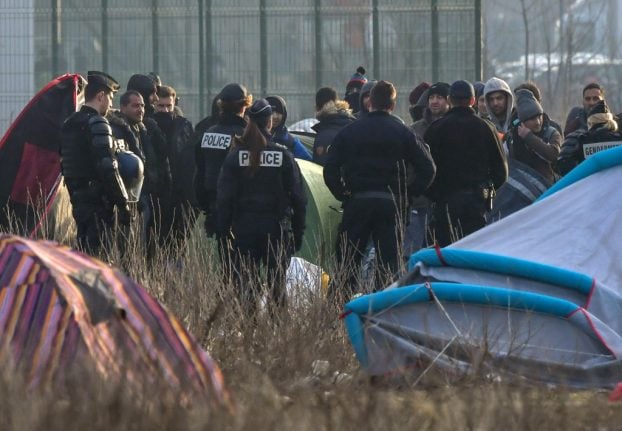