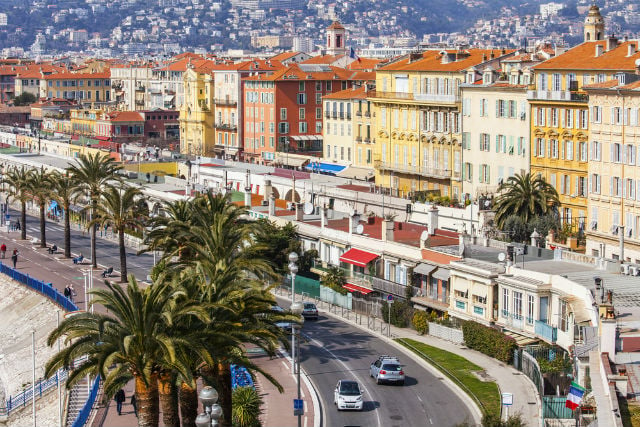 Nice. Photo: Depositphotos
The service, which launched more than 60 years ago, operates between Paris and Perpignan, Avignon, Toulon, Marseille, Frejus-Saint-Raphael and Nice.
But it is set to make its last journey on December 14th due to the fact that not enough people are using it.
An SNCF document, seen by Le Parisien, states that “Auto/Train is no longer the best way to satisfy the customers of this niche market.”
According to the rail operator, the service would have to be 85 percent full on top of which the company would have to increase prices to justify keeping the operation up and running.
But the problem is that two thirds of the customers currently using the loss-making service already consider it to be too expensive.

As with most rail services, the price for transporting your car varies, depending on how far ahead you book and how popular they expect that date to be. It could cost as little as €119 or as much as €289 each way.
The SNCF said that in 2018 Auto/Train lost the equivalent of its turnover (€6 million) due to the fact that the trains were only filled to 68 percent of their capacity.
In 2017, it was even worse, with the train filled to 51 percent of their capacity.
SNCF had already reduced the service from operating between Paris and 13 stations to just six two years ago.
But the problems started back in the 1980s with the development of the motorways in France which contributed to the service losing 80 percent of its customers.
The company also made an unpopular decision to stop allowing people to travel south on the same train as their car, instead meaning they had to pay for a ticket on a passenger train as well.
Half of the people using the service live in Paris or the neighbouring Hauts-de-Seine department to the west of the French capital and over 60-years-old while 90 percent are from the top professions who use the service to travel to their second home in the summer.
Professional customers, such as car rental companies account for only four percent of sales.
However the reasons for cancelling the operation hasn't satisfied the unions.
“The SNCF eliminates a service that brought comfort and security to its customers,” said Jean Lenoir, the vice president of the leading passenger group FNAUT.
“Again, the company is looking at the problem upside down. Instead of improving the overall profitability of the company, it removes what is not profitable… And tomorrow, she will suppress what? All Intercités? Part of the TGV? ” he said.
Meanwhile, the SNCF told Le Parisien it is still “reflecting” on its decision.