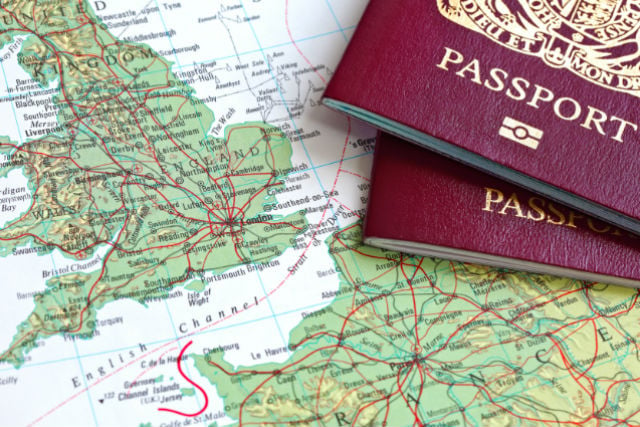 The Wednesday decision by the European Council is intended to give British politicians more time to work out their differences and agree on a deal to avoid the UK crashing out of the EU with no deal.

But the breathing space also applies to British people in France who still need to regularise their status and guarantee they can stay here long-term.

What should I do about residency?

Many long-term British residents in France have already acquired a permanent carte de séjour, which gives them the right to remain in France, but many more have not.

Earlier this year prefectures in many French départements announced they would no longer be accepting applications from Britons, due to the uncertainty around Brexit, although applications made earlier are still being processed.

But what Britons can do is make sure they are legally resident in France or gather the proof to show when they arrived here, so that when applications do reopen they won't be rejected.

Remember simply living in France, even if you have been here a long time, is not the same as being legally resident. If you apply for residency and are rejected you can appeal, but there is a danger you can also be asked to leave as thousands of EU citizens are each year. Kalba Meadows from citizens advice group Remain in France Together (RIFT) told The Local: “The key for Britons now is still very much to make sure they are legally resident.

“It's becoming more and more obvious that many people aren't and having a long extension would give them the chance to get their houses in order, so to speak.”

Meadows adds: “There is no other way of putting it than this: the tough news is that sometimes a lifestyle choice is incompatible with being legally resident in another country.”

The reality is that many Britons who came to France many years ago are only just finding out that there are conditions attached to gaining legal residence. Part of the problem was that prior to Brexit Britons were not obliged to officially register in France nor prove legal residence.

But to gain a permanent resident card applicants need to demonstrate they have been legally resident in France for five years. That is proving a problem for many.

Many of those on low incomes or who have set up as self-employed but are struggling to earn much money, or retirees whose pensions are low are particularly vulnerable.

The conditions around legal residence generally relate to income – you need to be able to demonstrate that you have a sufficient level of income and will not be a burden to the French state.

People also need to demonstrate their work is “regular, effective and genuine, and that it has the capacity to continue to be so going forward”.

How much do I need to earn to stay?

As ever with Brexit, there is some uncertainty surrounding this. If the UK leaves with a deal there will be a transition period, currently until December 2020 but it's not clear if that will be extended if a deal is eventually ratified by the British parliament.

After any transition period Brits would have to apply for a new residency card but the income requirements for obtaining those permits have not been published.

But the view is that the rules on income will likely stay as they are now for EU nationals.

For example, currently if you're living alone and do not have children, you must earn at least €550.93 a month and that goes up to €943.28 if you have one child.

So what about those who have been earning less?

Meadows from RIFT said: “You may need to have a long hard think about what you can do: for example, how could you increase your income for the five year period required? This might include working, registering as a jobseeker, setting up a (genuine) business, letting some rooms in your home, or even asking for a regular allowance from family.”

If you are self-employed and want to know more CLICK HERE and if you are retired or not actively working you can CLICK HERE for more information.

The French government has also published a decree stating what rights British people will have in the event of a no-deal Brexit.

The decree adds that if resources are not deemed to be sufficient, anyone who can prove that they own their own home – or are entitled to free accommodation – may receive a favourable decision, although this is not guaranteed. It's not clear whether this concession will also be made in the case of a deal.

Get a dossier ready

Whatever happens, you will need to make an application to stay and for this you will need a large amount of paperwork to prove – among other things – the date of your arrival in France, your British citizenship and your employment or education status, bills, payslips, rental agreements, proof of qualifications, accounting… For a more in depth list for those working or self-employed click here.

As with many things in France, if the paperwork is not complete your application may well be rejected, so it is well worth making sure you have all the relevant pieces in place. Some bits of paperwork – for example a full birth certificate with parents names on it and duplicate utility bills – will need to be requested and this can take time, not to mention getting them translated.

What other things should I get sorted?

If possible you should arrange your health cover, both with a carte vitale and top up health insurance known as a mutuelle. Both of these can be done now and will not be affected by the outcome of Brexit.

The carte vitale entitles you to state-funded healthcare. Many Britons living in France will already have one, but some have been relying on the European health card.

With a carte vitale, you still pay upfront for your healthcare (GP visits, prescriptions etc) but some or all of the money is then reimbursed directly into your bank account from the French government.

The health insurance basically tops up the rest of your treatment costs which the government does not reimburse. What about a driving licence?

The good news is that the French government revealed last week that even in the case of a no-deal Brexit, British people will still be able to drive in France on a British licence.

Previously Brits had been encouraged to exchange their licences for French ones until authorities in Nantes had to close the door because they were soon flooded with applications.

Many people are still stuck in the system. If you are planning on being in France long term it might still be worth exchanging your licence for a French one, especially if your current photocard licence is due to expire.

Can I become a French citizen instead?

If you want to be totally sure that you will be entitled to remain come what may, then citizenship is the way to achieve that. You can apply for citizenship after five years of living in France, and although the process can be long and somewhat convoluted, France is more generous than many countries in granting citizenship. Read the full list of what is required and how to go about it here.

Should I get married?

Sadly in residency terms this is largely pointless as it makes little difference to your legal status and will not fast track you to citizenship. If, however you want to demonstrate your love and commitment to each other, then The Local wishes you all the best.