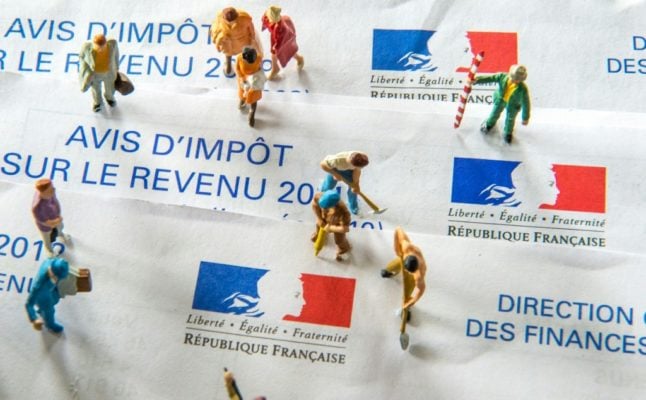 Every year, anyone who is resident in France (and some non-residents) must fill out the annual tax declaration. Declarations are now open for 2022 – covering your income from 2021.

If you live in France, it’s almost certain that the tax declaration will be compulsory for you, and if you are non-resident but you have income in France (for example rental income from a French property) you will also need to fill out the declaration.

It’s important to note that if you live in France but all your income comes from abroad (eg a UK or US pension), you still need to fill out the declaration. Find the full details HERE.

But the French tax form only covers my income in France, right?

Wrong. This is the source of much confusion to foreigners in France, but actually you need to tell the French taxman about all your assets.

Most jurisdictions operate on the basis that if you are resident, then you declare your worldwide income, and if you are not resident you only declare the income which is actually sourced in that jurisdiction. If that was it, then you could pay tax twice – eg in the UK and France – on the same income.

The Double Tax Treaty between these two states is designed to eliminate this possibility.  As an example, tax paid in the UK on UK rental income is available as a tax credit against the French tax liability on the same income.

Unfortunately, many UK nationals living in France appear to be under the impression they do not need to declare UK source income in France, as they have already declared it (and paid tax on it) in the UK.  This is not the case – all non-French income still needs to be declared on a French tax return.

The commonest areas of non-declaration are around UK source rental income, UK bank interest and other UK investment income (dividends, etc., from shares and securities in companies and funds).

In particular, ISAs are commonly missed off French tax returns. Whilst they have tax efficient status in the UK, in France you would “look through” the ISA vehicle, and declare the underlying dividends, interest and capital gains on your French tax return.

What about bank accounts at home?

You must now declare all non-French bank accounts and life insurance policies, even if you have not deposited any funds, earned any interest/gains or made any withdrawals. The penalties for failing to declare a foreign account are the same whether it is active or not (and these can be substantial).

This has now become even more real with the CRS (Common Reporting Standards) exchange of financial information between states.

We are already seeing evidence of French tax offices calling UK nationals in for interviews to discuss their non-declaration of foreign bank accounts, rental income, and capital gains, based upon information provided by UK financial institutions to the French tax authorities.

What are the recent changes about?

This is all happening at a time of a fundamental change in the basis of taxation in France.

Most other developed nations introduced a form of “Pay-as-you-Earn” taxation many years ago but in France this came in in 2019.

From January 1st 2019 French tax residents have been subject to a monthly withholding tax on their income for that year.

So do I still have to do the declaration if I am taxed at source?

Yes, for the moment anyway.

This is set to change in the future, but at present most employees still have to complete the declaration – the exception is certain groups whose circumstances have not changed since their 2021 declaration. If this is you, you will have been contacted directly by the tax office, if you have not received a notification you still need to do the declaration.

When do I need to pay up by?

Tax declarations opened online earlier in April with the deadlines varying depending on where you live in France.

Any balance of tax due must be settled by the end of the year (penalties will apply for non-payment). Or, where applicable, the tax authorities will refund any overpayment.

If you are an employee and you’ve already had your income taxed at source, you might actually get money back from the taxman if you qualify for any tax breaks or rebates – more details on those here.

For more information on the French tax declaration, how to fill in the form and where to find professional help if you need it, head to our tax section HERE.