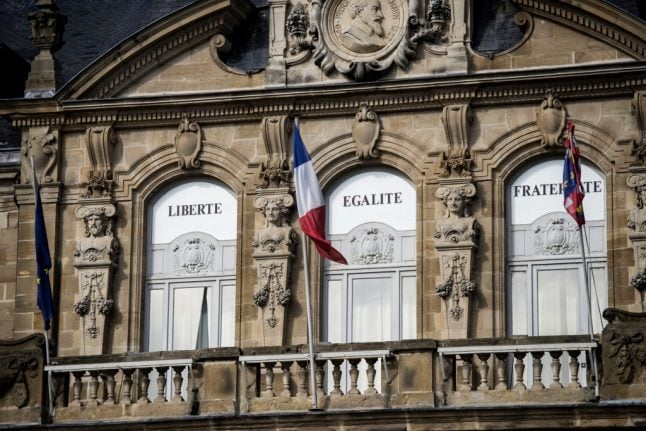 Town councils in France will have to do without Britons in future. Photo: AFP
BrexitLike all EU citizens living in another member country, Britons in France have the right to vote in local elections and stand for election to their local council. But in leaving the bloc Britain will forfeit that right, meaning that British residents will no longer be able to represent the communities some have served for years.
Sandra Sheward and her husband moved to the western French region of Brittany 13 years ago.
“Our children fled the nest and we decided to drop out of the rat race in London,” said Sheward, 58, a former training specialist for a property services company.
The pair restored a farmhouse on the edge of Saint-Caradec, a riverside village of 1,200 people, where Sheward was courted by the mayor to join his slate of candidates for the municipal council in 2014.
Being the only non-French councillor, and one who has yet to fully master the language, has not been an obstacle, says Sheward, a born organiser who developed the village's Christmas art market and helped set up a yoga class, among other activities.
“She doesn't speak much during council meetings but when she does it's always very constructive,” Mayor Alain Guillaume said. In a region that draws large numbers of British tourists and where a number of Britons have second homes, it's also helpful to have a native English speaker to call on for translations and other assistance.
But if Britain leaves the EU as expected, Sheward will be forced to bow out of politics at the next local elections in 2020.
“French villages are like ghost towns so it has been nice to be on the council. You get to meet more people!” said Sheward, who has applied for residency in France.
“I'd like to be re-elected but it depends on Brexit,” she said, adding with a sigh: “I just wish they'd get on with it so that we too can get on with our lives.” Sandra Sheward risks losing her place on the municipal council in Saint-Caradec, Brittany. Photo: Fred Tanneau/AFP
'Mad Englishwoman with dogs'
According to official British statistics, France is home to a little over 157,000 British citizens, making it the biggest expatriate British community after that of Spain. Outside Paris, large numbers are to be found in Brittany and the southwestern Dordogne region.
France has given them a year after Brexit to apply for residency but many have decided not to wait for divorce day to get their papers in, swamping local authorities.
The government has attempted to fend off panic, with former European Affairs Minister Nathalie Loiseau assuring in March: “We want them to stay. They are an asset for France.”
About 10 kilometres to the west of Sheward's village in Brittany, an Englishwoman is also a lynchpin of her community.
Jacqueline Bertho, 60, from Yorkshire, ended up in France in 2000 after a divorce, and began a new life in “Kreiz Breizh” — Breton for the centre of Brittany, where she lives with her Breton husband and their daughter.
In the village of Saint-Guen (population 450), which is “very rural, like 1960s Britain”, the chatty 60-year-old is a well-known figure. “I'm the mad Englishwoman with the dogs,” she jokes. ('Mad Englishwoman with dogs' Jacqueline Bertho is a member of the local council in Saint-Guen, Brittany.  Photo: Fred Tanneau/AFP)
While still feeling “very much British”, Bertho says she has thrown herself into community life, volunteering to teach English to local schoolkids, helping the elderly and, since 2014, becoming a member of the council.
A year after her election, Bertho obtained French citizenship, meaning her place in France is assured.
But she worries that other British couples who retired to the region, where they restored old houses and helped revive villages that were in their death throes, will struggle.
“Most won't be able to become French,” she said, citing their French language skills, which are put to a citizenship test, as a key hurdle.
Tim Richardson, a British winemaker who sits on the council of the Dordogne village of Eymet, is one of those waiting for news on his citizenship application, which he submitted last year.
The father-of-two, who has been living since 1991 in the region nicknamed Dordogneshire after its large British population, is confident of becoming French.
And if he is forced to give up his council seat? “Tant pis (too bad)”, he said in a telephone interview. “It's not the end of the world. There is no reason I cannot continue helping out in local life.”