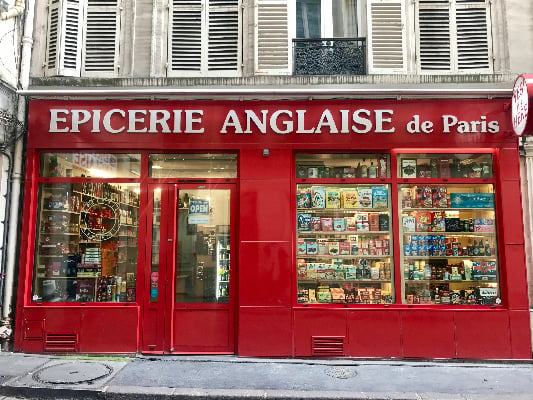 The Paris-based shop specialises in English delicacies. Photo: The Local

It may not feel like it, but every time you slip a packet of crumpets or a jar or Marmite into your suitcase to bring to France, you are technically importing food. Britain's membership of the EU has meant that shipping food between Britain and France has not been a problem, but that is due to change after Brexit.

The rules covering the export of food from Britain apply to anyone bringing food out of the country and into the EU – from wholesale exporters to someone with a Cornish pasty in their rucksack.

Customs officials in EU countries could after Brexit be expected to check luggage for any food products, and anyone attempting to send food via post or courier (including people doing online deliveries) would be covered by the new rules as well.

So what will the new rules be?

As with most things it depends on whether the UK leaves the EU with or without a deal, but either way there will be increased checks. If the UK leaves with no deal on April 12th there could well be a total halt on food exports from Britain, simply because the infrastructure required is not yet in place. Selection of British products on the shelves at the Epicerie Anglaise, Republique, Paris.

As European Commission Vice-President for Jobs, Growth, Investment and Competitiveness Jyrki Katainen said in a recent speech: “When the UK leaves the EU, it will be confronted with an obstacle we got rid of a long time ago: borders.”

He added: “If there is no deal, we cannot rely on the fact that the UK used to be a Member State the day before.”

What would the new rules cover?

Anything of animal origin – so meat, fish, milk and cheese or anything that contains those products would be subject to increased controls.

Non animal based foodstuffs would not be affected, so tea bags and Marmite (which is vegan) could still be brought into the country but sausages and Bovril (which is made from beef extract) couldn't.

What has the EU said?

On April 4, Vice President Katainen delivered a speech focusing on what a no-deal Brexit would mean in term of health – in particular medicines and medical devices – and food safety.

He said: “The reality is that the EU has the highest food safety standards in the world. Free circulation of animals and food is possible thanks to a stringent system of shared controls.

“Borders are not there to add red tape or slow things down. They are there to ensure that the food we eat is not a danger for our citizens and to protect our animals and plants and thus our extremely valuable agricultural patrimony.

“New controls will have to be carried out at our borders with the UK. Member States are setting up Border Inspection Posts and the Commission is swiftly approving these.

“Member States have also recruited the necessary staff to handle customs and safety checks. More than 2,000 professionals have been recruited in the countries most affected (France, Belgium, Ireland, Netherlands, Denmark).” So it's all fine?

Not necessarily. Although the European Commission says it is working hard to ensure a smooth transition, its rules require that the UK after Brexit adopts the relevant new legislation and can demonstrate that it is meeting EU food safety conditions.

In order to be able to export products of animal origin to the EU the UK has to be ‘listed' by the Commission as a third country authorised to export and the food needs to satisfies all EU food safety requirements.

If the UK leaves with a deal, these are the kinds of legislation that would be dealt with in the transition period. If, however, the UK crashes out without a deal there will be no agreements in place.

So what if your business depends on imports?

Speaking with The Local, one of the most famous food shops devoted to all things British in Paris, Epicerie Anglaise, said it was “business as usual”.

“Some of our contacts in England are worried about what might happen, but there is no reason now to think that anything will actually change,” said manager Deborah Couvreur.

Despite having shelves filled with such British favourites as Bovril, Marmite, cornflakes and Heinz baked beans, Epicerie Anglaise said that 70 per cent of its clientele is actually French.

“But we still have very loyal British customers who come to us for their PG Tips tea bags, Cadbury bars and their haggis,” said Couvreur.

“We have been in business here for more than 25 years and have established great independent suppliers in Britain over that time. But there are different ways to import if the situation does change.

“ At the moment, we are happy to just go with the flow.”