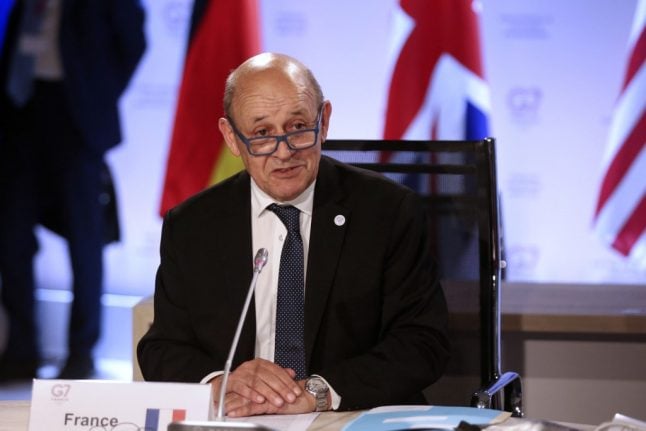 Foreign Minister Jean-Yves Le Drian delivers the opening remarks during the Foreign ministers of G7 nations meeting in Dinard on Friday. Photo: THIBAULT VANDERMERSCH / POOL / AFP
“It's time that this situation ended,” he told reporters on the sidelines of a G7 meeting in Dinard, northern France.
“We can't live constantly with Brexit. At some point, there needs to be a departure. The British authorities and the British parliament need to understand that the European Union is not going to be able to constantly exhaust itself with the ups and downs of domestic British politics.”
“The British need to tell us very quickly how they are going to get out of this crisis,” he added.
France has sought to ramp up pressure on British Prime Minister Theresa May ahead of an emergency summit meeting of European leaders in Brussels from Wednesday.
French President Emmanuel Macron has said that her request for an extension of the deadline for Brexit would not automatically be accepted, meaning Britain could crash out of the bloc without a deal.
READ ALSO: Britain and EU set out competing Brexit delay dates